Every Tuesday and Friday, WTR presents a round-up of news, developments and insights from across the trademark sphere. In our latest edition, we look at Māori uproar over a Air New Zealand trademark application, Ohio State receiving an initial refusal for THE trademark, WIPO heading to Hungary, MARQUES addressing long goods and services lists at the EUIPO, and much more. Coverage this time from Trevor Little (TL), Bridget Diakun (BD), Jonathan Walfisz (JW)  and Tim Lince (TJL).

PNG customs director warns fakes could “destroy country’s economy” – The director of IP and industry standards at Papua New Guinea Customs, Tom Vere, has spoken this week about how counterfeit goods are having a detrimental effect on the country. The comments were made during a media workshop, with local newspaper The National reporting that he said “fake products, once in the PNG market, have the potential to destroy the country’s economy”. During the workshop, Vere further revealed that there has been a stark rise in counterfeit food product recently, especially fake Ocean Blue brand tinned fish. When it comes to what needs to be done to tackle fakes in PNG, Vere said work is already being carried out, including a review to increase fees of penalties. “We also try to collaborate with other agencies across the board so businesses and individuals do not break the law; we want to make sure that we connect every area,” he said. “We are also streamlining to align our internal processes and developed IP rights standard operating procedures. Furthermore, we are creating awareness campaigns and also training and up-skilling our front line officers collaborating with right holders and industry regulators.” (TJL)

MARQUES addresses goods and services problem – As we reported previously on WTR, the EUIPO recently published a warning about problems encountered with long lists of goods and services in applications at the office – some of which rivalled a number of classic novels for length. Our investigation suggested that the EUIPO’s own goods and services builder tool could be responsible (a suggestion that the EUIPO denies in recent comments to WTR). This week MARQUES addressed the issue, with the chair of its European trademark law & practice team, Robert Guthrie, referencing WTR’s article and noting: “This does highlight a wider issue that whilst the goods and services builder does help and encourage applicants to use terms that will be acceptable to the EUIPO and national offices, it also allows them to easily compile long lists of goods and services in an effort to ensure the widest possible protection for their mark. The EUIPO has provided some reasons why these long lists can be disadvantageous to the applicant. It is also worth flagging the pending reference to the CJEU (C-371/18, Sky and Others) in which the UK courts have asked whether ‘[it can] constitute bad faith simply to apply to register a trademark without any intention to use it in relation to the specified goods or services?’.” (TL)

Counterfeit NBA championship rings seized at LAX airport – US Customs and Border Protection agents confiscated 28 counterfeit NBA championship rings in a shipment from China. The fakes were destined for Arizona, where they would have likely been sold as a collection. Had they been legitimate, the rings would have been worth $560,000. Several teams had their logos infringed including the Warriors, LA Lakers, and the Chicago Bulls. Throughout 2018 US Customs agents have seized more than $600 million worth of fake watches and jewelry. (BD)

Iranian phishing campaign targeting university IP – Cobalt Dickens, a threat group associated with the Iranian government, has launched a global phishing campaign to steal IP from western universities, reports SC Media. The campaign was uncovered by Secureworks Counter Threat Unit (CTU) researchers. The group has persevered after a 2018 indictment of nine Iranian individuals for a “massive cyber theft campaign” by the US Department of Justice. Also known as Silent Librarian, Cobalt Dickens has targeted universities with spoofed library resource logins. Over 60 universities in Australia, Canada, Hong Kong, Switzerland, the UK, and the US have been targeted through 20 newly registered domains. (JW)

Website data scraping legal according to US court – A Californian appeals court has decided on a case between LinkedIn and HiQ, reports The Next Web. HiQ, a data analytics company, had sued LinkedIn after being sent a cease-and-desist from LinkedIn requesting it to stop scraping the social media site for data. The court decided that it was legal to scrape data from public websites without any prior approval. This decision goes against other judgements where courts have sided with companies being scrapped, setting a new precedent. (JW)

TACO TUESDAY is denied for Lebron James – The NBA basketball star, Lebron James, featured in previous WTR news roundups for his attempt to register the trademark TACO TUESDAY. Unfortunately for him and the greater basketball community, the application has been refused by the USPTO. As spoken about in Josh Gerben’s tweet analysis, the term is a “commonplace message” and therefore not applicable as a trademark. (JW)

Egypt’s Trademark Office raises fees – The Egyptian Trademark Office has raised its fees in alignment with the country’s new Value Added Tax (VAT) policy, implemented in July. Each requested action will be subject to 14% VAT as of 5 September. (JW)

Māori uproar over Air New Zealand trademark application – Media outlets around the world have reported on New Zealand’s national aircraft carrier, Air New Zealand, offending the country’s Māori people due to a trademark application for a “Kia Ora” logo – a term that is a Māori greeting for ‘hello’. According to The Guardian, the airline first applied for registration of the mark in May, and the logo is used for its in-flight magazine. In response to the application, the Māori Council described it as “harebrained” and “an insult to New Zealanders”. The airline responded that the term ‘kia ora’ has “been registered by a number of applicants to be used for a range of goods and services – dating back to 1992 – both in New Zealand and overseas,” adding: “It’s standard corporate practice to have all our logos trademarked and we have just started the process given Kia Ora magazine has recently been through a refresh.” Interestingly, the New Zealand IP Office also waded into the outcry, clarifying that Air New Zealand is seeking to protect “only the particular stylised forms of the greeting”. The PR backlash against the application is a reminder of why brands must be careful around seeking protection in indigenously sensitive terms. Indeed, WTR published an article on that two weeks before Air New Zealand filed for the application, with one expert saying trademark practitioners must “be respectful”. (TJL)

Crocs Glove heads to art gallery – Last month, we wrote about a cease-and-desist letter sent by American footwear company Crocs Inc in response to a parody product called the ‘Crocs Glove’. We noted how the letter had gone viral, with 180,000 upvotes on Reddit and the creator, Unnecessary Inventions, nearly doubling their YouTube subscriber rate (from 7,700 to 11,100). It was, we said, an example of how trademark enforcement can be used as a promotional tool. This week, though, creator Unnecessary Inventions revealed on Reddit that the Crocs Glove, along with the cease-and-desist letter (framed, of course), were now featured in an art gallery in Burlington, Virginia. On top of that, the Unnecessary Inventions subscriber count on YouTube has now grown to over 17,000. It appears, then, that this cease-and-desist letter is an example of the so-called ‘Streisand Effect’ – the original Crocs Glove video received on a few thousand views on YouTube before the enforcement letter was sent. Now, photos and articles about the parody product have been seen by millions and have spurred debate on trademark law involving parody products. Thankfully, though, feedback hasn’t been too negative for Crocs Inc, with many users acknowledging that such enforcement is part-and-parcel of holding a registered trademark. Indeed, response to the letter appearing in an art gallery has been met in good humour, with one Reddit user joking: “Now we wait for the lawyers to send you a cease-and-desist on using their cease-and-desist order.” (TJL)

Adams and Reese hires media lawyer – Paul R. McAdoo has joined Adams and Reese as special counsel. McAdoo has experience as a litigator and counselor covering a range of matters including media law, copyright, trademark and complex business litigation. He will be practicing out of the Nashville office. (BD)

Litigator rejoins Haynes and Boone – Lee Johnston, a trial lawyer and Haynes and Boone alumnus, has returned to the firm as a partner in the Denver office. For the past decade, Johnston has worked as a partner in the trial group at Dorsey & Whitney, with a focus on patent, copyright, trademark and trade secret litigation. Prior to Dorsey & Whitney, Lee spent 12 years at Holland & Hart and served as a practice group manager of the firm’s IP litigation group, as well as five years as an associate at Haynes and Boone. HE now returns to the latter, with Ben Mesches, co-chair of the firm’s litigation practice group, stating: “Lee is a versatile business and IP litigator with a proven ability to resolve disputes in many areas, whether through trial or settlement or a combination of both. He is also highly adept at counseling clients to help them resolve issues and challenges before they ripen into litigation.” (TL)

Kemp Little announces new partner hire – Kemp Little has announced that Joanna Conway has joined as a partner in the firm’s IP & tech disputes team. Conway specialises in IP and contractual disputes with an IP, technology or scientific focus, and boasts a particular expertise in brand and reputation management, combining brand/IP enforcement with defamation, advertising, privacy and related matters. She is also known for her work for IP Inclusive, a pan-professional body aimed at increasing diversity and inclusion. (TL)

Lathrop Gage welcomes Kakoli Mitra to IP team – Dr Kakoli Mitra has joined Lathrop Gage as an associate in the Boston office’s IP team. Her primary focus will be in agribusiness and biotechnology & life sciences. She has previously worked as an independent practitioner and is the founder and CEO of the Sramani Institute, an NGO which helps innovation aid humanitarian issues. (JW) 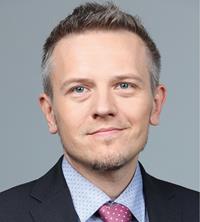