Every Tuesday and Friday, WTR presents a round-up of news, developments and insights from across the trademark sphere. In our latest edition, we look at a UK political party changing its name following a trademark spat, changes to Canadian registrations occurring next week, Unilever seeing a pay-off from purpose-led brands, brands being reminded to renew marks in Rwanda, and much more. Coverage this time from Trevor Little (TL), Bridget Diakun (BD), Jonathan Walfisz (JW)  and Tim Lince (TJL).

UK political party changes name following trademark spat – Back in March, we reported on a collective of anti-Brexit UK MPs who had left their political parties to form the so-called ‘Independent Group’. However, as the European elections approached, the fledgling group announced the launch of a new political party called ‘Change UK’. Shortly after the announcement, one of the group’s members, Anna Soubry, announced that the group is now called the ‘Change dot org’ party – which, commentators soon noticed, is the name of a leading petition website. Indeed, shortly afterwards, the Change.org website issued a statement about the new political party, confirming that it was looking at its next legal step. “Change.org UK or @UKChange as we are interchangeably known is totally independent of party policies, always has been and always will be,” the statement clarified. Since then, the new party hasn’t had a great time; it had a poor showing at the European elections (with most anti-Brexit voters picking the long-running Liberal Democrats instead) and last week six of its 11 MPs left the party. Now, the group has made another change – its name. Following the legal challenge from Change.org, it appears the party decided to modify the name to differentiate itself from the petitions platform. A party spokesperson said: “Under threat of legal action by Change.org, which would have involved each MP being sued personally, and with no time left to register a new party name to contest the elections, our leadership at the time felt we had no option but to sign a legal agreement preventing the permanent use of the name Change UK once the campaign was over. We are now legally obliged to make a formal application to the Electoral Commission, to amend our name by 15 June, so today we are applying to register ourselves as ‘The Independent Group for Change’ and will await the Electoral Commission’s decision.” It appears, then, that the party – which is clearly seeking to turn a new leaf – is hoping that this brings an end to the legal matter. (TJL)

Unilever sees pay-off from purpose-led brands – Unilever reported that its Sustainable Living Brands grew 69% faster than the rest of the business in 2018. Alan Jope, CEO of Unilever, shed some light on why the company pursues purpose-led brands. “Two-thirds of consumers around the world say they choose brands because of their stand on social issues, and over 90% of millennials say they would switch brands for one which champions a cause,” says Jope. Unilever has 28 sustainable living brands which have accounted for 75% of the company’s growth. (BD)

Brands reminded to renew marks in Rwanda – A note from law firm Inventa has highlighted an upcoming deadline for brands to renew trademarks in Rwanda that were filed before 2009. According to the firm, an IP law passed in 2009 that set all trademarks before that implementation date to have a deadline of 14 December 2019 – meaning there is now around six months before that deadline. Therefore rights holders are recommended to check their portfolio and renew well before the deadline (as late renewals can carry a late fee). (TJL)

Changes to Canadian registrations as of Monday 17 June – As reported on previously in WTR, Canadian trademark registrations are going to be enacted from this Monday (17 June). Renewals will go from costing C$350 for any number of classes to a charge-per-class model. Initial renewals will now cost C$400 for a single class, with a C$125 fee for each additional class. Further fee adjustments in initial filings are taking the C$250 flat rate to a C$330 base rate with an additional C$100 per class registered. (JW)

EUIPO launches enforcement portal – The EUIPO, through the European Observatory on Infringements of IP Rights, has created a single EU platform to deal with all EU IP enforcement matters. The IP Enforcement Portal sees the integration of the Enforcement Database, the information resource on statistics and data for enforcers and the Anti-Counterfeiting Rapid Intelligence System onto one platform. The launch of the new portal took place during the 2019 International Forum on IP Enforcement in Paris, where Christian Archambeau, the executive director of the EUIPO, announced the go-live of the tool. (TL)

AWA expands footprint – AWA has announced the expansion of its presence in Europe after intellectual property group Pronovem, in Belgium, Switzerland and the Netherlands, joined the AWA Group. The Pronovem offices in the jurisdictions have become fully a part of the AWA Group, expanding the firm’s on-the-ground presence in three new markets across five offices. In total, the AWA Group now offers clients support across 21 offices throughout two continents, including in Belgium, China, Denmark, Hong Kong, Netherlands, Sweden and Switzerland. (TL)

Lathrop Gage welcomes new partner – Laura Labeots has joined the IP team at Lathrop Gage, practicing out of the Chicago office. She has nearly 25 years of experience and advises clients on a raange of patent and trademark matters. Labeots is also the co-chair of the Biotech Committee of the Intellectual Property Law Association of Chicago. (BD)

Troutman Sanders bolsters litigation bench – Troutman Sanders welcomed Ben Wagner to the position of partner in the IP practice group in a press release on its website. Wagner handles litigation matters and will work out of the San Diego office. His hire reflects the firm’s commitment to expand its west coast presence. (BD) 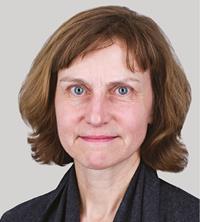