The race for the WIPO top spot seemingly came to an end this week, when Singapore’s Daren Tang was named the nominated candidate to become the next director general at a special session of the Coordination Committee. After extensive lobbying, the US favourite beat China’s Wang Binying by 55 votes to 28 and Tang is due to be confirmed at the General Assembly meeting taking place in early May. We reported on the news as soon as it broke, as well as the response among the IP community, where Tang has been lauded as “a lawyer who thinks like a businessman”. Hopes are high that he will help to advance design filing harmonisation and the daily running of the Madrid System.

Elsewhere this week, IP offices around the world have been taking measures to minimise the impact of the worsening coronavirus epidemic on users. Many events have been cancelled or postponed, including all EUIPO meetings this month, while the Hong Kong registry and China National IP Administration have extended deadlines for trademark applications filed during the outbreak. We went into more detail on this and some of the changes being implemented in other jurisdictions, as authorities try to take action amid the crisis. (Read more here.)

Meanwhile, the new SHOPE SAFE Act introduced in the US House of Representatives this week aims to make e-commerce sites more liable for counterfeit products traded by third parties on their platforms. We outlined the best practices that online retailers will have to adopt in a bid to evade liability and the mixed response that this has received from practitioners, with one warning that although it is a step in the right direction, some sites “may not have the resources to engage in extensive programmes of this nature”. (Read more here.)

On Monday, we reported that UK comedian Joe Lycett has legally changed his name to Hugo Boss in protest at the fashion company’s trademark enforcement work – a move that provides crucial lessons for all brand professionals. (Read more here.)

On her penultimate day as acting USPTO trademark commissioner, we sat down with Meryl Hershkowitz to get an update on trademark operations at the office. (Read more here.)

In an abridged version of an article due to publish in the next issue of WTR magazine, Intel Corporation’s Herb Williams explained how the new Intel Rule is demanding above-average diversity from outside counsel and why this could pave the way for other major companies to follow suit. (Read more here.)

In our Tuesday news round-up, we looked at the new US House bill aiming to reduce the flow of fake goods into the country, the cancellation of the MARQUES Spring Meeting and the rise of counterfeits on TikTok. (Read more here.)

We highlighted the complexities of managing disparate characters and voices within a single brand image that a high-profile dispute between Public Enemy rappers Flavor Flav and Chuck D has brought to light. (Read more here.)

WTR editor Trevor Little sat down with the chairs of McDonnell Boehnen Hulbert & Berghoff’s new cannabis practice group to explore the groundwork that has gone into launching the new dedicated offering and the challenges of counselling companies in an industry that remains prohibited at federal level. (Read more here.)

We also took a closer look at the filing activity of Microsoft, revealing how the company’s calculated efforts at forging emotional connections have reinforced its brand strength. (Read more here.)

Plus, we published 10 legal updates and two international reports examining key trademark decisions and developments from around the globe: 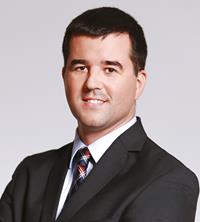