Over the past decade, challenges to consumer protection have grown in step with the acceleration of international transactions, growth of sprawling international supply chains and proliferation of online shopping. As a result, there has been a dramatic increase in the volume of products moving globally, which has created supply-chain vulnerabilities and exposed consumers directly to virtual marketplaces that boast varying degrees of quality and control safeguards. In a study commissioned by the International Chamber of Commerce’s (ICC) Business Action to Stop Counterfeiting and Piracy (BASCAP) and the International Trademark Association, it is estimated that the total global economic value of counterfeiting and piracy could reach $2.3 trillion by 2022.

Scope and scale of the problem

The extent of the social-economic effect of counterfeiting is indicative of the scale of the problem, but equally alarming is its scope – practically every product (retail and commercial) is now being counterfeited. Too often, fake items from virtually every product category are found throughout legitimate marketplaces, putting at risk the health and safety of individuals and families who have unwittingly been exposed to sub-standard products. Consequently, counterfeiting presents a fundamental new challenge to consumer protection. When a product is manufactured and distributed outside the legitimate commercial supply chain that provides safeguards to protect product integrity and consumer safety, new quality control precautions and consumer awareness tools are needed.

The automotive industry is no exception to this epidemic and has been rallying against counterfeits for many years. The amount of fake parts being made and distributed continues to rise despite efforts by national governments and industry actors (the UK Intellectual Property Office). The main driver behind this scourge is easy money: fake automotive components are a highly lucrative business for counterfeiters. The European Office of Intellectual Property (EUIPO) estimated that €2.2 billion is lost every year by the legitimate parts industry to counterfeit tyre sales and €180 million each year due to counterfeit battery sales. Yet this represents only one part of the problem, there are other automotive parts that are frequently counterfeited in huge volumes:

Consumers may find it difficult to distinguish a fake from a legitimate automotive part by simply looking at the outer appearance. Consequently, consumers inadvertently purchase products that could be sub-standard and unsafe. There is always a risk of underperformance when a counterfeit product is used, as counterfeit goods differ dramatically in quality. These counterfeit parts have not been manufactured to meet regulatory standards, but they are designed to interact with other parts within the vehicle and are subject to significant and challenging conditions such as speed, temperature and varying road surfaces. Repercussions in these environments can be grave, resulting in serious accidents and loss of life.

The complex global supply chain in the automotive industry leaves several vulnerabilities for criminals to exploit. Although the industry has introduced mechanisms to trace parts to the source, criminals operate outside these established frameworks, making detention and prevention challenging. Moreover, the recent trend in online sales of counterfeit parts, especially those originating from China, is a growing problem for suppliers. Alongside the billions of legitimate online transactions, e-commerce platforms have become vulnerable to misuse and infiltration of fake and potentially unsafe products. Criminal actors have seized opportunities to gain further profits from distributing counterfeit and pirated goods in the online supply chain. In blurring the distinction between genuine products and fakes, they succeed in selling staggering quantities of infringing items.

These widespread activities to target and deceive consumers present significant challenges for national governments and businesses to investigate and stop the flow of fake and unsafe automotive parts.

A number of efforts and success stories include the following:

BASCAP is an ICC initiative, with a mission to increase awareness of the economic and social harms of counterfeit and pirated products and, among other things, protect consumers from these risks. BASCAP unites the global business community across product sectors to address these pressing issues and to petition for greater commitments by local, national and international governments to safeguard consumers against potentially harmful counterfeit and pirated products found both in the physical and online world.

In 2017 BASCAP released “Strengthening Consumer Protection: Measures to adapt the UN Guidelines for Consumer Protection to guard against counterfeiting and piracy”. This paper addresses the new challenges and additional responsibilities to governments and businesses to adequately protect consumers from potentially hazardous counterfeit goods. The paper also highlights the scale of the counterfeit problem, including its proliferation in e-commerce, and assesses the health and safety risks presented by counterfeits across multiple sectors.

Additionally, the paper evaluates key provisions from the 2015 revised United Nations Guidelines on Consumer Protection, which can be adapted into national consumer protection programmes to better safeguard consumers against risks from counterfeit goods. The paper amplifies the resolution’s recognition of:

Critically, the paper lists a set of recommendations to assist governments and industry to cooperate in building a robust national and regulatory framework to better safeguard consumers against counterfeits that are available across sectors. BASCAP calls on consumer protection bodies to:

Trade in counterfeit automotive parts is lucrative and has been facilitated to a certain extent by some unscrupulous online marketplaces, resulting in an alarming growth rate worldwide. Regrettably, an increasing number of shoppers are deceived into purchasing fake products that do not benefit from product controls and redress systems that underpin genuine products. This, in turn, presents significant health and safety risks for consumers and dictates that national governments and businesses must reinvigorate their efforts and establish focused programmes and policies to inform and protect consumers.

BASCAP welcomes an expanded role by governments and consumer protection agencies to address these problems, in collaboration with business and other government agencies responsible for consumer welfare, to drive policy, legislative and regulatory solutions. BASCAP supports further action by governments and the private sector to strengthen consumer protection, particularly in an era where consumers are significantly and increasingly exposed to fake, fraudulent and harmful counterfeit and pirated products, including those increasingly available on online platforms. 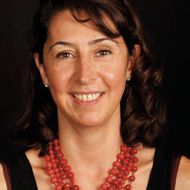