As cosmetic counterfeiters turn to social media, consumers expect brands to protect them

New research has revealed that the sellers of counterfeit cosmetic goods are increasingly utilising social media to attract and dupe consumers. Importantly, the study also found that half of the consumers polled expect brands to take responsibility for protecting them from fakes.

For its study, online brand protection specialist Red Points analysed over 50,000 suspected infringements relating to cosmetic products in 2017, and additionally surveyed 200 women aged between 18-30 (on the grounds that they are not only a key demographic for cosmetics brands, but generally more likely to source products online and use social media). Among its headline findings are that:

Of course, the true number that have bought a fake cosmetic online is likely to be higher; there will likely be many that purchased fakes and, to this day, are not aware that they have done so.

That counterfeiting is rife and that consumers will be duped is not, in itself, news. Rights holders that fight infringement on a daily basis are well aware of these phenomena. However, there are two findings in the report that are of particular note for those in the cosmetics industry. Firstly, the research shows a clear preference for social media channels among counterfeiters. According to Red Points’ data, Facebook and Instagram accounted for over 50% of all suspected infringements:

One caveat to this point should be added. Not all of the infringements on social media were sales listings – rather, the report notes, many were adverts, posts or links that led to traditional platforms selling fakes. For instance, a seller on AliExpress may have one listing on the ecommerce site, but then post hundreds of adverts on social media to drive traffic to it. However, in terms of driving sales, it is clear that social media is now the ‘go to’ marketing tool of choice for sellers of counterfeit cosmetic products. And, while one ecommerce takedown may have a larger impact for rights holders than one social media takedown, social media policing remains a must (and could provide the lead that uncovers the illicit sales activity).

The second notable finding is that half of respondents think that it is the brand owners’ responsibility to remove fake items from online platforms. Although the most popular response to the question of who should be taking action was the platforms themselves - unsurprising perhaps, given the negative press attention they have received in recent years - brands were close behind, with consumers expecting them to be more proactive even than law enforcement.

With cosmetic products, there are clear health and safety risks associated with counterfeiting. As such, the research highlights a significant reputational risk for cosmetic brands perceived to be inactive in the fight against fakes: if consumers are looking to brands to take the lead in anti-counterfeiting, to not do so would risk a loss of trust.

Of course, most brands are proactive in terms of online anti-counterfeiting. However, some organisations choose not to communicate their efforts. The study suggests, though, that there would be clear value in making consumers aware of all that is being done to protect them from counterfeit products. 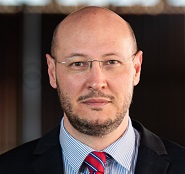