A week-long spat between Alibaba and the Office of the US Trade Representative (USTR) has turned into a full-blown diplomatic issue after the Chinese government publicly questioned the credibility of the Notorious Markets List. China’s Ministry of Commerce has also claimed that the report lacks “solid evidence” to include the nine Chinese marketplaces accused of engaging in rampant IP infringement – a move that appears to call into question the accounts of brand owners tackling fake goods in China.

The 2017 edition of the USTR’s Special 301 Out-of-Cycle Review of Notorious Markets was released last Friday, and lists marketplaces – both digital and physical – that it claims facilitate substantial IP infringement. Marketplaces located in China were the most prevalent in the report, specifically: digital platforms DHGate, Kuaikan, and Alibaba’s Taobao, and physical marketplaces Silk Market, Hongqiao Market, Shenzhen Jindu Market, Jinxiang Garment Market, Jinshun Garment Market, and Zhanxi Area Markets. When referring to some of the physical markets, the report praised counterfeit crackdowns by Chinese enforcement officials, but added: “Right holders have investigated and in some cases have taken enforcement actions against markets or sellers therein, but those efforts have reportedly not led to the cessation of the sale of counterfeit goods in these markets. In many of these markets, sellers reportedly openly characterize their products as ‘high quality’ counterfeit products, reflecting an ability to engage in counterfeit sales with impunity.”

Since the report released on Friday, Alibaba has been increasingly outspoken about its frustration at the continued inclusion of Taobao. It initially called itself “a scapegoat by the USTR to win points in a highly-politicised environment”, and released an 11-page rebuttal to each point in the report. The company doubled-down on Tuesday by telling World Trademark Review that brand owners should no longer trust the report. For its part, the USTR has not responded to any of Alibaba’s accusations – a stance supported by some in the trademark community, including Rob Holmes, CEO at IPCybercrime.com, who commented that the agency “is the authority and should be the final word”.

But the pressure to address perceived issues with the report will have increased today after criticism from the Chinese government. In a press conference earlier today, the spokesperson for the Chinese government’s Commerce Ministry, Gao Feng, claimed that the USTR lacked “solid evidence and supporting data” to list any of the Chinese marketplaces on the report. “We have to question the objectivity and credibility of the relevant US department in issuing its report,” Gao contends. “The Chinese government has always attached great importance to the protection of intellectual property, the results of which are obvious to all. The two countries should resolve differences in a constructive way by pushing forward bilateral cooperation in IPR protection.”

To suggest the report lacks “solid evidence and supporting data” will raise the eyebrows of practitioners from the nearly 30 parties that submitted evidence for the report, including from such brands as Bulgari, Moncler, Bose, Chanel, and Louis Vuitton. While there appears to have been some valid criticisms about the report in recent days, the suggestion that brand owner experience is not “solid evidence” could come across as insulting to those who submitted such evidence.

Now, of course, these comments come on the same day that US President Donald Trump threatened a “fine” (described in a Reuters interview as “big damages” of “numbers that you haven’t even thought about”) over China’s forced transfer of intellectual property. The investigation into that matter is being conducted by the USTR. So today’s criticism of the USTR’s Notorious Markets List could be part of the wider geopolitical chess game over IP rights, trade, and tariffs. Nonetheless, this is the most stinging criticism the report has received in its history – and there is increasing pressure for the USTR to address it. 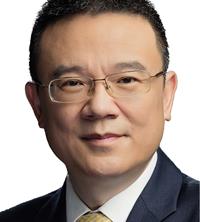