Trademarks are governed in Chile by the Industrial Property Law (19.039) (in force since 30 September 1991, modified by Law 19.996, in force since 14 December 2005) and Law 20.160 (in force since January 2007, regulated by Decree 236, published on 1 December 2005 and modified by Economy Decree 36 of 23 May 2012). In February 2012 Law 20.569 for standardising the process of trademark and patent applications and implementing the Trademark Law Treaty in Chile came into force. Chile has been a member of the Paris Convention since 1991 and is a party to the Agreement on Trade-Related Aspects of Intellectual Property Rights (TRIPs). From August 2016, Chile has been a member of the Hague Convention Abolishing the Requirement of Legalisation for Foreign Public Documents (known as ‘the Apostille Treaty’). There are also free trade agreements containing IP chapters that also apply, in particular with the United States and the European Union.

For power of attorney and other documents to be filed with other authorities or Chilean courts, the Hague Convention eliminates the requirement to legalise public documents that originated abroad, replacing it with just one step of certification in the form of the Apostille Treaty, which is already in full force in Chile.

The enforcement of a trademark, by means of the Industrial Property Law, requires that the trademark be registered in Chile.

The Network Information Centre (NIC) Chile, the manager of the ‘cl.’ domain, follows an alternative dispute resolution policy in relation to ‘.cl’ domain names that is similar to the ICANN UDRP. Under NIC Chile’s rules and policy, trademark owners may claim for:

The regular IP Law provisions are applicable to online infringement: “Those who maliciously use, for commercial purposes, a trademark identical or similar to another registered for the same goods, services or establishments or in respect of goods, services or establishments related to those protected by the registered trademark.” To proceed with an action regarding online infringement, it is necessary to have a trademark recorded in Chile.

According to NIC Chile’s rules, for any person who wants to take a ‘.cl’ domain name, provisions are available to ensure that its registration does not contravene the rules regarding the exercise of freedom of expression and information, the principles of fair competition and business ethics.

NIC Chile has no public dispute resolution policy for the ‘.cl’ ccTLD. 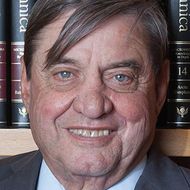 Sergio Amenábar V is senior adviser in Villaseca Abogados. He graduated from the Chilean Catholic University and was granted the title of lawyer by the Supreme Court. Mr Amenábar was president of the Inter-American Association of Industrial Property from 1994 to 1997 and of the Chilean Association of Industrial Property from 1990 to 2003. As principal counsel, he leads the administrative, contractual and litigation practice of the firm. Mr Amenábar has been professor of industrial property on the business law master’s at the Catholic University and Gabriela Mistral University. 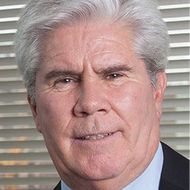 Max F Villaseca M graduated from the University of Chile as an attorney at law in 1980 and completed his postgraduate studies at Georgetown University. He has developed solid experience in IP matters, working in prosecution, litigation, enforcement and licensing of trademarks, domain names and copyright matters, representing domestic and international clients for 40 years. Mr Villaseca is now chair of these IP areas at Villaseca Abogados.

He has actively participated in committees with the INTA for 20 years, and in conferences by Chilean universities and local chambers of commerce. In the past 10 years, his practice has been recognised by Chambers Global, Chambers Latin America, Managing Intellectual Property and the Legal 500. Mr Villaseca has been a board member, vice president and president of the Chilean Intellectual Property Association. 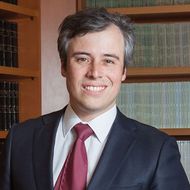 Mr Arévalo heads the copyright division at Villaseca Abogados, advising national and international clients on deposits, contracts and judicial protection. He has extensive experience in the application and defence of trademarks, domain names and invention patents. He is also a member of the Trademark and Copyright Committees of the Chilean Association of Intellectual Property and the Copyright Committee of the Inter- American Association of Industrial Property, and is a member of the International Association for the Protection of Industrial Property.