Every Tuesday and Friday, WTR presents a round-up of news, developments and insights from across the trademark sphere. In our latest edition, we look at Elon Musk's attempts to secure Tequila-related brand rights, the CJEU's decision that the taste of food cannot be copyrighted, and the heightened risks of buying counterfeits on Black Friday. Coverage this time from Bridget Diakun (BD), Adam Houldsworth (AH) and Trevor Little (TL).

Study shows higher chance of counterfeit purchases during Black Friday sales – According to a recent report by Red Point, an online brand protection company, one in four millenials are likely to purchase fake goods online during the Black Friday sales event (falling on 23 November this year). While online shopping was not the traditional focus of Black Friday, with Cyber Monday having been introduced in recent years across e-commerce platforms, an overwhelming 73% of millennials plan to do all of their shopping online. Red Point surveyed over 1,000 American millennials to identify their purchasing behaviours. Around 27% of those surveyed are considered impulse buyers, ie those who are guided by what ads or offers they come across rather than shopping for specific products. These individuals are influenced more heavily by ads on social media, and are subsequently at a greater risk of purchasing fakes. Meanwhile, 62.7% of these shoppers have mistakenly bought fake goods, compared to 37.2% of planned buyers. It will therefore be particularly important for brand owners to double down on online protection efforts during this period. (BD)

Elon Musk faces opposition from Tequila producers over ‘Teslaquila’ - There is uncertainty over what sorts of rights Elon Musk will be entitled to for his new ‘Teslaquila’ brand. This follows tweets from the billionaire owner of Tesla, SpaceX and Neuralink announcing that he would soon launch his own version of the Tequila alcoholic beverage - with a recent intent to use application filed for TESLAQUILA, as well as DISTILLED AGAVE LIQUOR,  at the USPTO. According to The Fashion Law, the application is already facing opposition from Mexico’s Tequila Regulatory Council, which represents producers of the drink and sets the standards determining which products qualify to bear the Tequila certification mark, which is recognised in both the US and Mexico. The council has expressed its intention to fight Musk’s use and registration of the trademark, because the “name ‘Teslaquila’ evokes the word tequila…(and)Tequila is a protected word.” It cautioned that if Tesla wants to make a viable Tequila product, it will have to align itself with an authorised producer. But Musk has vowed to fight for the rights to Teslaquila, tweeting “We will fight big Tequila!”(AH)

Canada sets date for much anticipated trademark reforms – Practitioners have been preparing for changes to the Canadian Trademarks Act for the better part of five years. This week, an Order in Council published by the Canada Gazette has set the date for implementation for 17 and 18 June 2019. This will prepare for the Singapore Treaty, Madrid Protocol and Nice agreement coming into force. A statement by Fasken, a Canadian firm, highlights the importance of re-evaluating trademark strategies based on these changes. The main takeaway at this time is that declarations of use for pending applications will no longer apply when the reforms kick in. However, it is important to note that ‘not all aspects of the reform will apply to pending applications as of June 17’. (BD)

A cheesy decision throws the spotlight on trademark protection – This week the Court of Justice of the European Union (CJEU) ruled that the taste of a food cannot be protected by copyright. The decision came after a Dutch company Levola Hengelo, maker of a cheese spread, launched action against rival Smilde, claiming that its product was a copy of its own and had infringed its copyright in the taste of the cheese. Considering the decision, Clare Jackman, IP lawyer and chartered trademark attorney at Norton Rose Fulbright, reflected: “Copyright primarily seeks to protect artistic works. Clearly the cheesemaker here considered that his cheese was the product, or an expression of, his creativity. “He might look at trademark protection instead but such non-traditional trademarks are notoriously difficult to protect. An application filed at the EU Intellectual Property office in 2000 for ‘The Taste Of Artificial Strawberry Flavour’ for pharmaceuticals was rejected because the mark was not capable of graphical representation. However, the EU's Trademark Directive of 2015 relaxed the requirement and since October 2017, the EU has accepted applications for signs with “other distinguishing characteristics” provided those characteristics are capable of distinguishing the goods or services of one business from those of another and can be represented" in a manner which enables the competent authorities and the public to determine the clear and precise subject matter of the protection afforded to its proprietor". Words, including personal names, designs, letters, numerals, colours, sounds or the shape of goods or their packaging will all potentially be able to be registered as trademarks under the new regulations which come into effect in the UK on 14 January 2019. Taste is not necessarily excluded but meeting the qualifying criteria will prove very testing. Arguably a cheese will have to taste of something other than “cheesy” to be sufficiently distinctive to merit protection.” (TL)

Chanel takes action against another luxury resale site - Having taken What Goes Around Comes Around to court earlier this year, Chanel has filed a trademark suit against another luxury resale website, The RealReal. The French fashion house claims that the site is guilty of selling counterfeit Chanel bags, even though the defendant claims to check that all products sold are genuine. Chanel argues that the site has sold “at least 7” counterfeit handbags; and it questions the site’s claims to employ experts trained to authenticate Chanel products. It also claims that The RealReal has, through marketing and advertising, sought to deceive customers into believing that it has some kind of affiliation or association with Chanel in order to boost its attractiveness to consumers. Having filed to a New York federal court on Wednesday, Chanel is seeking monetary damages and an injunction to prevent the site selling counterfeit goods. The lawsuit reflects the fashion house’s hostile approach to resale sites, which have been embraced by several other luxury brands. (AH)

Two imminent new gTLDs need to be on the radar of rights owners – Over on Domain Incite, Kevin Murphy notes that the ‘.dev’ and ‘.inc’ TLDs are due to launch on 16 January 2019. Google’s ‘.dev’ is aimed at the developer market, while Intercap’s ‘.inc’, launches after the company bought it from Edmon Chong’s GTLD earlier this year for an undisclosed sum (believed to be in excess of $15 million). Both TLDs have large communities to tap into and, considering ‘.inc’, Murphy warns: “I have a hunch it’s going to attract more than its fair share of cybersquatters and will probably do quite well out of defensive registration fees.” It is clearly one for rights holders to keep an eye on. (TL)

Dickinson Wright bolsters IP team – Five attorneys have joined Dickinson Wright’s ranks in Fort Lauderdale and Silicon Valley. Catherine Hoffman, Gregory Mayback, James Stepan and Julie Dahlgard will be joining the former, and Rebecca Tie the latter. Hoffman joins as a member, and brings nearly three decades of experience to the table. Mayback, a registered patent attorney, joins the group as a member. Stepan, of counsel, works across the contentious/ non-contentious divide and has also obtained board certification from the Florida Bar as a specialist in intellectual property. Dahlgard’s background is in mechanical engineering - she joins the troupe as of counsel. Registered patent attorney, Tie, is welcomed to the position of counsel. (BD) 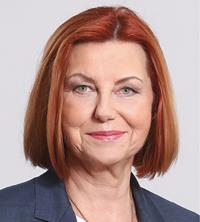