Challenging times: anti-counterfeiting in the age of covid-19

Locked-down consumers with heightened health worries could be easy prey for fast-acting counterfeiters. Legal authorities have foreseen some of the risks, but is the European Union sufficiently prepared for an influx of fake medicines and equipment?

Amid the coronavirus pandemic, anticounterfeiting has taken on greater importance than ever before. The opportunities that life under lockdown creates for counterfeiters, particularly in the area of pharmaceuticals and sanitary products, are potentially enormous, and advisers, law enforcers and companies may be insufficiently prepared.

A March 2019 report pre-dating the pandemic, “Trade in Counterfeit Pharmaceutical Products, Illicit Trade”, prepared by the Organisation for Economic Cooperation and Development (OECD) Public Governance Directorate together with the EUIPO, aimed to enhance understanding of the challenges that the trade in fake drugs presents to governments, businesses and wider society.

The study was conducted through analysis of enforcement data sets (including data reported by customs authorities) combined with structured interviews with industry, trade and customs experts. According to the report, in 2016 international trade in counterfeit pharmaceuticals was worth $4.4 billion, creating not only serious economic consequences for the sector but also a significant threat to public health. The document reported that between 72,000 and 169,000 children may die from pneumonia every year after receiving counterfeit drugs and that fake anti-malarial medication might be responsible for an additional 116,000 deaths.

Perhaps unsurprisingly, analysis confirmed that India (with 53% of the total seized value of counterfeit pharmaceutical products and medicines worldwide in 2016), China and Hong Kong (with 34% of seizures by value between 2014 and 2016) and Singapore (17.5% by number of seizures in 2016) are the main provenance economies for counterfeit medicines, with the United Arab Emirates a key transit economy (although not a major supplier to the European Union).

African economies, Europe and the United States appear to be the main targets of fake pharmaceutical products (antibiotics, lifestyle drugs and painkillers in particular).

Part of the report is dedicated to the new challenges presented by rogue online pharmacies and the explosive growth in the use of the postal service by counterfeiters (allegedly, more than 95% of customs seizures of pharmaceutical products between 2014 and 2016 involved postal and express mail services). One reason for this growth is inadequate information on postal shipments, making it difficult to intercept products in national and international trade. According to the study, small parcels carried by postal or express services accounted for 69% of customs seizures of IP-infringing products between 2014 and 2016, compared with 63% between 2011 and 2013. The small shipments are handled primarily (and unknowingly) by postal authorities and express mail companies, supported by retail platforms such as Alibaba, Amazon and eBay.

The MEDICRIME Convention was developed by the Council of Europe to provide a model legal framework for dealing with falsified medicines and other types of pharmaceutical crime that threaten public health. The convention, signed by many EU member states, entered into force in January 2016. It provides that intentionally manufacturing, supplying, offering to supply or trafficking falsified medicines is considered a criminal act. Currently, 15 countries (including Portugal, Spain, Belgium and France) criminalise these acts.

The EU Falsified Medicines Directive (2011/62), came into force in January 2013 with the aim of increasing the security of the manufacture and delivery of medicines across Europe. EU Regulation 2016/161 was implemented in February 2019, supplementing this directive with detailed provisions concerning the safety features to include in the packaging of human medicinal products. The full directive will be compulsory for member states from 9 February 2025; however, a large part of it is already compulsory. Among its other provisions, the directive introduces a common logo for the websites of legally operating online  pharmacies, which must be clearly displayed on every page of the website.

A short report, “Pandemic profiteering – how criminals exploit the COVID-19 crisis”, published by EUROPOL on 27 March 2020, is striking in revealing how many of the risks that the OECD/EUIPO report warned of are now very real.

According to EUROPOL, criminals have quickly seized on the crisis by changing how they operate or developing new criminal activities. Risks identified by the report include:

EUROPOL’s report does not focus exclusively on counterfeiting, but a substantial part of it is dedicated to counterfeit and substandard goods. In particular, it underlines a manifold increase in the sale of fake healthcare and sanitary products, as well as personal protective equipment and pharmaceutical products since the outbreak began.

The advertising and sale of these items, online and offline, create high public health risks. The sale of counterfeit and/or substandard goods is booming in the pandemic economy due to a high demand for certain healthcare and sanitary products (eg, masks, gloves, cleaning products and pharmaceutical products). Increased demand has also created an incredible opportunity for counterfeiters, fraudsters and profiteers.

Consequently, the supply of counterfeit and substandard goods will continue to increase, particularly online.

There has been concerted international action from law enforcers. Operation Pangea is one of the largest activities that INTERPOL has coordinated, involving more than 90 countries worldwide in its latest iteration in early March 2020. Authorities around the world seized nearly 34,000 counterfeit surgical masks, identified more than 2,000 links to products related to covid-19 and seized unauthorised antiviral medications and the antimalarial chloroquine, vitamin C, painkillers and antibiotics.

The operation resulted in 121 arrests, the seizure of €13 million of potentially dangerous pharmaceuticals and 4.4 million units of illicit pharmaceuticals, and 2,500 links being taken down.

All of this seems to be an acceleration of what the OECD/EUIPO report was observing. The Council of Europe published a notice on the application of the MEDICRIME Convention in the context of covid-19 where it affirmed that “the Medicrime convention was designed partly with public health epidemics and pandemic crises in mind”.

Throughout the European Union, national police forces will be taking daily action against counterfeiters opportunistically taking advantage of the crisis. A couple of cases reported in the Italian news in the beginning of May are good illustrations of this.

On 9 May Italian newspapers reported that the Guardia di Finanza, Italy’s fiscal and economic police, had seized about 900 children’s masks that failed to comply with standards and bore counterfeit images in Naples.

The operation was triggered after an anti-covid-19 raid in the industrial area of the city uncovered suspicious personal protective equipment sold in a Cinamercato shop. In addition to bearing counterfeit images of characters from famous video game and television series (eg, Fortnite and Me contro Te), the equipment did not meet safety requirements. In particular, the devices, which were sold for €5 each, lacked a mandatory certification of conformity and would not have guaranteed safety for children against the risk of contagion. The masks were seized and the owner of the shop was reported to the judicial authorities for commercial fraud and trademark counterfeiting.

The opportunities for counterfeiters during the pandemic do not end with products for personal protection or pharmaceuticals either.

Again in Naples, the Guardia di Finanza launched an operation called #iocomprodacasa (#ibuyfromhome) to confront the growth of counterfeits on e-commerce platforms during lockdown. As part of operation the Guardia di Finanza seized more than 2,000 counterfeit items of clothing worth approximately €200,000, charging six people for trading fakes of well-known fashion brands.

The criminals had advertised the products through Facebook and Instagram. Orders were constantly monitored and collected through a sales office before being delivered to customers throughout the country. The garments, which were counterfeits of brands including KWAY, VALENTINO, BURBERRY, RALPH LAUREN, MONCLER and GIVENCHY, were stored and packaged in a warehouse in the San Giovanni a Teduccio district, where the police also discovered thousands of parcels belonging to two well-known international express couriers ready to be shipped.

Ultimately, neither the strict quarantine measures taken throughout the world nor a pandemic can stop counterfeiting. The trade in fake goods is changing faster than the law and the enforcement methods that companies, counsel and the police can put in place. Will we be able to meet the challenge? 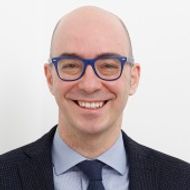