Can we overcome counterfeiting without tackling the mindset behind it?

Trademark owners have a mountain to climb if they want local judges to grant orders to seize counterfeit goods in Turkey. Things are better at the border, but changes to judicial processes are required.

Because of the size of its domestic manufacturing industry and its position as an international gateway, Turkey is one of the most crucial territories in the fight against counterfeiting. The market itself has not changed significantly in the past few years, but it has become much harder to tackle counterfeiting in the country. Brand owners that have been investing a lot in anti-counterfeiting and getting almost nothing back are already exhausted and no longer sure who is a target and who is an ally in this fight.

A look back at recent legal practice sheds some light on the factors that have made it almost impossible to win the battle against counterfeiters in Turkey.

The criminal complaint is submitted to the Public Prosecution Office, but the prosecutor needs approval from the local criminal court of peace to organise a raid on the suspected address.

While there are specialised criminal IP courts of first instance applying the Industrial Property Rights Law (6769) to hear criminal trademark infringement cases, it is unfortunate that criminal courts of peace hear requests for raid orders since, besides not being specialised, they apply the Criminal Procedures Law (5271) to all types of crime.

In 2014, relying on a provisional change to the Criminal Procedures Law, the criminal courts of peace adopted a very strict approach. The change in practice was initially acute in that the criminal courts expected brand owners to submit absolute evidence proving their claims in order to obtain orders for raids. The evidence that brand owners were asked to provide was either unobtainable or non-existent, so for a long time almost no criminal raids could be conducted against counterfeiters in the entire country.

Unable to obtain raid orders against counterfeiters, trademark owners immediately sought a way around this hurdle, with limited success. Although most chambers of the criminal courts maintained their strict position and continued to refuse requests for raid orders, some chambers moderated their practice and started to grant orders based on a lower – but still heavy – evidential burden.

This was actually appreciated by the brand owners that had recently faced a threshold that was impossible to reach.

The criminal courts that adopted a more reasonable approach required the following evidence:

Observing different practices adopted by different chambers of the criminal courts, rights holders began targeting those that adopted a more reasonable approach in order to avoid having the chambers reject all their complaints under any circumstances.

The criminal courts of peace follow a daily rota system and all criminal complaints with raid-order requests are handled by the chamber sitting that day. There are three courthouses in Istanbul and 27 criminal court of peace chambers. As the schedule used to be announced in advance, it was possible for rights holders to wait for the chamber with the more reasonable approach to sit before filing their criminal complaints. Arranging the timing of the complaint was helpful to obtain the raid order – at least when all the required evidences were successfully collected.

Unfortunately, it did not take long for the courts to realise the right holders’ strategy and to stop announcing the schedule in advance. This made it harder for brand owners to target those chambers more inclined to grant raid orders, and the only way of learning which chamber was on duty became visiting the courthouse, in person, each morning.

This did not totally discourage rights holders, however. Attorneys started visiting the courthouses daily to learn which chamber was sitting and submitting their criminal complaints – brought with them every day – when a more favourable court was in session. Unfortunately, this strategy did not last long either, as many of the judges sitting at the reasonable chambers were transferred to different courts, and the ones that remained started to adopt the stricter approach in order to avoid rising workloads as a result of being the chambers preferred by all rights holders.

Observing that legal practice was being redesigned to make anti-counterfeiting measures as challenging as possible, counterfeiters felt encouraged to expand their businesses and build counterstrategies to defeat the few raids that were being granted to brand owners that were lucky enough to collect all the required evidence in time and apply to one of the relatively reasonable chambers.

The trick most commonly adopted by counterfeiters is not to issue any kind of documentation for the sale of counterfeits and to accept cash only. For sales where it is impossible to ask for total payment in cash, they accept credit cards by using the card machine of another business located at a different address – so that the actual address of the counterfeiter and the address on the credit card slip do not match and, accordingly, the sales receipt cannot be used as evidence in criminal proceedings.

For counterfeiters that fail to accept cash only or to use someone else’s card machine, the system has created further solutions. The courts started to reject raid-order requests where the brand or the exact type of product was not stated on the invoice (or the credit card slip) issued for the sale of the sample counterfeit. Given that the brand or the exact type of product is never mentioned on invoices or any other kind of document issued by counterfeiters, it is hard not to wonder whether the designers of legal practice became confused at some point about whose interests they are supposed to protect.

Seizing counterfeit goods at Customs is a much less challenging way to tackle counterfeiting in Turkey. Customs conducts its ex officio random controls during import and/or export of shipments and seizes the suspect goods temporarily to let the brand owner examine them and initiate legal proceedings if an examination reveals that the items subject to the temporary seizure are counterfeits.

To cooperate with Customs, rights holders must have recorded their brands in the Customs’ Surveillance System through local attorneys. Recordal is valid for one year and is renewable. Customs provides rights holders with 10 working days (three for perishable products) to examine the seized products and commence legal actions.

Unlike criminal complaints filed against counterfeits in the internal market, at the border the brand owner is not expected to submit solid evidence proving the existence or counterfeit nature of the goods detected by Customs. This makes customs seizure a very effective tool for brand protection.

offer many other advantages, including the ability to examine the content of a shipment before bringing a proceeding, not requiring payment for investigation or seizure, and the remarkably low cost of the remaining proceedings.

Eternally hopeful brand owners and IP practitioners have been discussing alternative solutions to the obstacles that they face in their fight against counterfeiters in Turkey.

Although this is a challenge for every brand that needs protection, there are alternatives for brands that operate in areas regulated by other laws (eg, public health, national security and anti-smuggling) to trigger action from the authorities against counterfeiters. However, brands protected solely by trademark laws have no alternative and have suffered the most.

Rather than trying to devise alternative strategies to overcome the bars created by the system, the solution is legal reform. According to the government’s 11th National Development Plan, which is due to be fulfilled by the end of 2023, specialised IP chambers will be established under the criminal courts and judges competent in IP law will be appointed to them. Considering that the most challenging part of the battle against counterfeiting is the lack of competence and the strict approach of criminal courts of peace, having specialised IP chambers to handle criminal complaints against counterfeiters would greatly assist brand owners.

What might help even further, however, is to adopt unpublished strategies on how to protect trademark rights and tackle counterfeiting in the right direction. 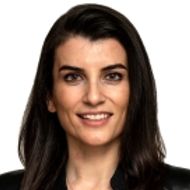