New research from the Organisation for Economic Cooperation and Development (OECD) and the EU Intellectual Property Office (EUIPO) reveals that the growth in free trade zones (FTZs) – where economic activity is driven by reduced customs controls, light regulation and limited oversight – is in turn fostering growth in counterfeit goods trafficking.

Launched today at a meeting of the OECD Task Force on Countering Illicit Trade in Paris, the study reports that the existence, number and size of FTZs in a country correlates with increases in the value of counterfeit and pirated products exported by that country’s economy.

The study notes that the global value of exports from export processing zones (EPZs) is $3,500 billion, which represent 29% of total exports of economies included in the World FTZ database. Exporting more than $2,400 billion from EPZs, Asian economies lead the way, followed by the Middle East ($552 billion) and South American economies ($284 billion). Given the economic size of these zones, coupled with looser oversight, it is inevitable that counterfeiters look to capitalise and the report calculates that establishing a new free trade zone is associated with a 5.9% rise in the value of counterfeit exports from the host economy. Other key findings include:

All these results lead the report to conclude that the larger the size of the EPZs in an economy, the greater the value of fake products the economy exports globally. To make these calculations, the study not only drew on FTZ statistics, it also included a range of economic factors, and utilised databases on seizures of IPR-infringing goods made by customs officers in 99 economies around the world. It also introduced a range of dummy and control factors to ensure the statistical models – and conclusions – are as robust as possible.

Of course, in many respects the data only confirms what the brand protection industry has long known. As Jeffrey Hardy, director general of the Transnational Alliance to Combat Illicit Trade, reflects: “The report highlights what business has long experienced – that FTZs are routinely exploited to facilitate trade in counterfeit and pirated products, as well as smuggling and money laundering. We encourage the OECD to continue taking a leadership role in addressing transparency in FTZs, strengthening cooperation with stakeholders and encouraging the development of good practices to reduce zone vulnerabilities to illicit trade.”

The latter point is key. The report is at pains to point out that FTZs have developed into an important tool for attracting foreign investment and promoting economic development and growth, particularly in developing countries which can use them to leapfrog economic development (with developed countries – such as the United States – also reaping the benefits of these zones). However, while that is the case, it is also clear that more can be done to stem the flow of counterfeit goods that such economic zones facilitate. The report outlines legislative and best practice framework is in place to achieve this, and ultimately aims to be a “prompt for future actions”. Arguably, push rather than a nudge is needed in order to facilitate action. 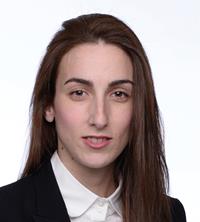