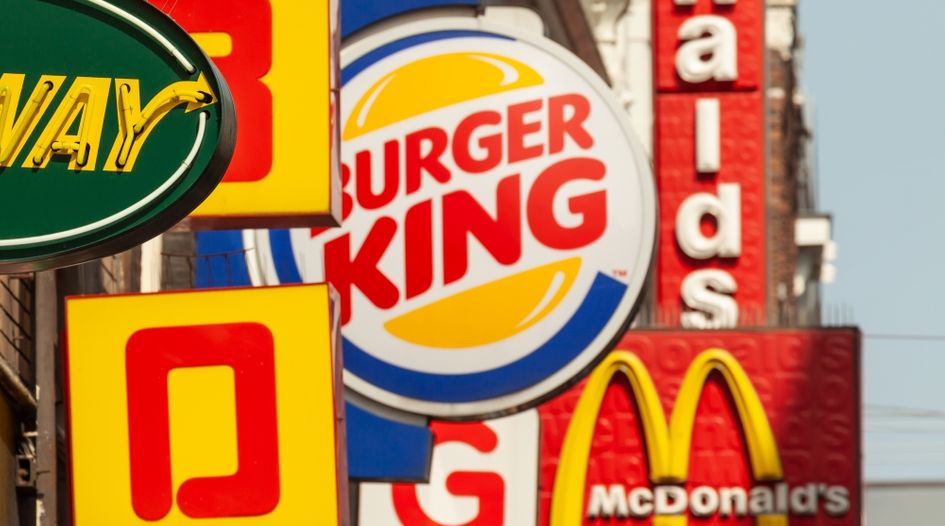 Every Tuesday and Friday, WTR presents a round-up of news, developments and insights from across the trademark sphere. In our latest round-up, we look at the CCFN welcoming the USTR’s stance on geographical indications, Brand Finance marking its silver anniversary, the Philippines taking over as chair of the ASEAN IP cooperation group, and much more. Coverage this time from Bridget Diakun (BD), Tim Lince (TJL).and Trevor Little (TL).

CCFN welcomes USTR stance on GIs – The Consortium for Common Food Names (CCFN) has applauded the Office of the US Trade Representative’s (USTR) prioritisation of common name restrictions as a primary trade barrier in its 2021 National Trade Estimate report. The 570-page document captures the broad range of non-tariff barriers for US goods and services exports around the world. In the agency’s press release, “restrictions on the ability of US producers to use the common names of the products that they produce and export” are cited as a trade impediment, the document stating: “[T]he United States remains highly troubled by the EU’s overbroad protection of geographical indications (GIs), which adversely impacts both protections of US trademarks and market access for US products that use common names in the EU and third country markets.” Reflecting on the document, CCFN executive director Jaime Castaneda stated: “USTR’s recognition of GI misuse as a means of confiscating market share is an important step toward proactively addressing this problem. We are encouraged that CCFN members’ persistent work alongside the US government on this issue has elevated the concerns surrounding GI abuse from a relatively obscure issue just a decade ago to a priority for the agency. It is imperative that USTR and its interagency partners work to ensure common names are not further restricted by the European Union’s blatant attempts at monopolizing generic terms that consumers around the world have come to know and love.” (TL)

Brand Finance marks silver anniversary – On 1 April 1996, Brand Finance was launched to “bridge the gap between marketing and finance”. Twenty five years on, David Haigh, CEO of the brand valuation consultancy, reflects: “I thought that the gap between the silos would progressively disappear as finance people learned the importance of marketing for driving growth and marketing people learned the need for financial accountability. Progress has been made but the gap is still there and we are now working hard through our publications, rankings, forums and the Brand Finance Institute training programmes to narrow the gap.” The organisation’s 25th birthday comes during a rocky economic period, Haigh notes: “Over the last 25 years we have lived through four major recessions: 2001, when the dotcom bubble burst; 2009, when the Great Financial Crash washed over us; 2013, when the Euro caused a meltdown in Europe; and in 2020, when the Covid pandemic brought the world to a halt.” However, he reveals that the company is in a good position to continue its mission. “There has never been greater recognition of brands as assets and the need to manage them for value. We are poised for significant growth as CEOs and boards wake up to the need to manage brands better.” Haigh concludes: “I hope the next 25 years will be as interesting and fun as the last.” (TL)

EUIPO celebrates EU trademark anniversary – The EUIPO is celebrating the 25th anniversary of the first EU trademark applications, which were filed on 1 April 1996. With demand managed by a handful of staff at the time, the original prediction had been for 12,000 applications in the first full year of operations. But by the end of 1996, a total of 43,200 applications had been received. Since then, the number of applications has grown at a strong and steady pace, with annual growth averaging 5%. Despite an initial sharp decrease in applications due to the covid-19 pandemic, 2020 ended with a record number of EU trademark applications (177,000). EUIPO executive director Christian Archambeau states: “Twenty-five years ago, the EUIPO received its first trademark applications. Since then, we have processed more than 2.2 million trademarks. The growth in filings over the years and especially during the latest months is remarkable by any standards and it does confirm the success of the EU trademark. In the current circumstances we need to go the extra mile, and in this respect, a set of measures has been put in place to support SMEs and make IP rights more accessible to all businesses during this difficult time.” (TL)

Philippines takes over as chair of ASEAN IP cooperation group – The Philippines, through the IP Office of the Philippines (IPOPHL), has become chair of the Association of Southeast Asian Nations’ (ASEAN) Working Group on IP Cooperation (AWGIPC). The group aims to meet its 2025 goal of driving economic prosperity in the region through intellectual property. IPOPHL director general Rowel S Barba officially took the helm during a virtual turnover ceremony. In his acceptance speech, he committed to accelerate the completion of remaining deliverables under the ASEAN IP Rights Action Plan 2016-2025 by enabling more cooperation activities within the bloc and with ASEAN dialogue partners. “As I assume the chairmanship on behalf of the Philippines, I will be working with my team in IPOPHL and with the ASEAN secretariat to develop mechanisms that will fast-track the realisation of our 10-year roadmap,” the newly installed AWGIPC chief stated. (TL)

Burger King trolls McDonald’s (once again) – Over the past couple of years, WTR has repeatedly reported on fast-food giant Burger King referring to the McDonald’s brand in its marketing. It is one of the rare major brands that uses its arch-rival to promote itself – and it is a marketing strategy that it continues to rely on. In 2019 we reported on Irish fast-food chain Supermac’s prevailing in an EU trademark dispute with McDonald’s over the use of the BIG MAC mark. The following week, Burger King’s Swedish restaurants rebranded their menu to “poke fun at McDonald’s loss” – with items on the menu including the “Burger Big Mac Wished It Was”, “Like a Big Mac, But Actually Big” and “Big Mac-ish But Flame-Grilled of Course”. The year before, Burger King offered customers a Whopper burger for $0.01 “if they went near a McDonald’s location”. And in 2020, Burger King was up to its old tricks again, with Finnish restaurants placing ads outside McDonald’s branches “promising free delivery” if customers set their pickup location to any location near a McDonald’s. Last week, Burger King upped its McDonald’s trolling – this time going even further than before. As a 1 April prank, Belgian Burger King stores delivered items in a McDonald’s takeaway bag. However, when customers opened the bag, a note inside read: “Got ya! Enjoy your meal and Happy April Fool’s Day.” A video showed confused customers receiving the fake McDonald’s order, with a message that said the brand had “decided to mess with our customers by delivering their order in a competitor’s bag”. While we would not suggest that Burger King’s marketing team is obsessed with McDonald’s, the repeated targeting of its rival through ad campaigns suggests that it has no problem using competitor logos to boost its own brand. (TJL)

Arent Fox copyright team returns – Arent Fox has announced the return of copyright partners Ross J Charap and Matthew L Finkelstein to the firm’s New York office. The two previously worked at Arent Fox from 2010 to 2014 and have a principal focus on music – buying and selling copyrighted works and royalty streams worth more than $750 million during their time together. They represent songwriters and recording artists in all genres. “We are delighted to have Ross and Matt back as part of the Arent Fox family. Music and entertainment are critically important to the national and global economies. Ross and Matt’s decades of experience in these industries will benefit our clients on a wide range of matters involving all manner of copyrighted works,” said Ricardo Fischer, trademark and copyright practice leader. (TL)

Perkins Coie welcomes return of HTC Corporation vice president and general counsel – Marcus Woo has rejoined Perkins Coie as a partner in the firm’s IP practice and will be reassigned to the Taipei office once local registration documents are completed. Woo was recently vice president and general counsel of HTC Corporation. In that role he oversaw litigation and transactions, and managed a legal team of more than 50 staff across the company's corporate and M&A, litigation and licensing, and patent prosecution and management areas. In returning to Perkins Coie, Woo will focus his practice on representing clients in Taiwan and beyond in IP and corporate matters, including US IP litigation work for Taiwanese companies. "We're very excited to welcome Marcus back to Perkins Coie. Marcus brings with him high-level experience managing complex IP issues for HTC,” said Shannon Bloodworth, co-chair of Perkins Coie’s IP practice. “His practice stretches beyond IP, to include all aspects of representing technology clients, including technology and corporate transactions and litigation. The experience that Marcus brings will significantly benefit our US and international clients.” (TL)

Desmarais adds new partner to San Francisco office – Gabrielle ‘Gaby’ Higgins has joined Desmarais as a partner in its San Francisco office. Higgins is both a district court trial lawyer and a PTAB practitioner who has been counsel of record in more than 130 inter partes review proceedings. She is the firm’s first lateral partner hire to join the San Francisco office since it opened in June 2019. She was previously a partner in the IP litigation practice at Ropes & Gray. “We’re thrilled that Gaby is joining the firm. Her depth of experience will strengthen our presence on the West Coast and her PTAB work is an ideal complement to one of the firm’s key focus areas,” said John Desmarais, founding partner of Desmarais. “I’ve known Gaby since we started our legal careers at the same office in New York City more than three decades ago. She is a consummate professional, a talented intellectual property practitioner, and a superb courtroom lawyer.” (TL)

Karen Milne joins Wilkinson Barker Knauer – Wilkinson Barker Knauer has announced that Karen Milne is joining the firm as a partner in its Washington DC office. Milne joins WBK with experience in advising clients in the media, satellite, telecommunications, wireless and high-tech industries, regularly representing rights holders before the Federal Communications Commission on a wide range of regulatory and transactional matters, including M&As, licensing and compliance, spectrum policies, the broadcast incentive auction, foreign ownership, broadcast ownership and rulemaking proceedings. “We have known and admired Karen’s work for many years. She is a top-notch communications and media advocate and shares our firm values, we are delighted to have her join Team WBK, and help lead us into the future,” said WBK managing partner Bryan Tramont. (TL)

Tracking critical industry trends and challenges: WTR needs your views – WTR is inviting trademark professionals across the globe to participate in the latest benchmarking survey, which focuses on operational management to track the latest trends and identify how practice is evolving. There is no cost associated with taking part in the community project, which is designed to give brand experts – both in-house and in law firms – a benchmark for practice management. As well as revealing key trends in the organisation of the trademark function, including finance, structure and headcount, this year we will explore the impact of the covid-19 pandemic on trademark operations. Responses will be treated with full confidentiality. Only anonymised and aggregated information will be used for publication of the survey results by WTR, and your details will not be used for any commercial purpose, nor be shared with third parties. Completion of the survey should take around 15 minutes. The results will be presented on the WTR platform and respondents will receive key findings. The survey form is available here.