Customs recordals play a key role in every brand’s anti-counterfeiting strategy, but Brexit has added new hurdles that companies should be aware of. With that in mind, in an exclusive guest post, David Kemp and John Ferdinand from IP law firm Marks & Clerk set out trends in counterfeit seizures since Britain’s exit from the EU on 1 January, and offer advice on managing applications for enforcement action.

It is frequently reported that consumers are switching to online shopping in ever greater numbers, with one in every four people now estimated to be an online shopper. What isn’t as well reported, of course, is the corresponding increase in counterfeit goods, and the risks that they pose to both businesses and consumers.

If any business manufactures or sells goods, the chances are that they have already experienced counterfeit copies made by unscrupulous parties. Whilst this can affect businesses in any product industry area, it is particularly rife in the tobacco, electronics, pharmaceuticals, luxury and food and drink sectors at present. The damage that can result from inferior, infringing goods entering the marketplace can range from tarnishing a brand’s reputation to public health risks, and can result in major cost implications for a business.

Customs: your first line of defence

Of course, customs authorities are often the first line of defence in combating counterfeit products. If goods are already in circulation Trading Standards Organisations (TSOs) can be called upon to police and enforce anti-counterfeiting measures. By providing a mechanism to engage this support from law enforcement authorities, the centralised IP right recordal process offers a really cost-effective and impactful way of preventing counterfeit goods from entering the market.

Following the UK’s formal exit from the EU on 1 January this year, the law and practice on EU and UK customs recordals changed. Whereas before it was possible to include the UK in an EU-wide customs application for action (AFA), businesses that want to protect their IP rights in the EU and UK will need now to record their rights in the UK and EU separately.

Changes and uncertainty because of Brexit have led to some concerns about the possibility of fake goods flooding into the country. In reality, it is a little too early to tell whether there has been an increase or decrease in seizures and detentions.

The combined impact of Brexit and the covid-19 pandemic, as well as the relative budget/bandwidth of Customs and Trading Standards, will have affected the level of customs activity since 1 January 2021, as well as delays in the judicial process and remedies for trademark owners.

In addition, the increased paperwork required for goods travelling between the UK and EU, as well as resulting price hikes, will likely result in greater demand for counterfeit goods where goods become harder to find.

What is a positive is that the UK’s new AFA process is more streamlined and efficient. Filings can now be made online and are easier to administer, while the HMRC AFA grant timescale is also much quicker – down to 1-2 days, whereas it used to take up to 30. In addition, the forms and requirements for grant are more flexible, and multiple AFA applications can be filed at the same time, making the process more attractive for applicants or their representatives. Finally, it is much easier to update an AFA with new intelligence and the rules on maintaining AFAs are less stringent.

While the requirements to submit a new UK AFA are very similar to the EU AFA process, there are some practical modifications implemented by HMRC. The most notable to mentioned are:

Positively, from recent experience, HMRC are examining and accepting AFAs in a matter of a few days and much quicker than approvals being granted pre-Brexit. Whether that is down to the flurry of AFAs that were filed around Brexit, only time will tell.

Of course, if brand owners are to put effective border measures in place, AFAs are only one step in the chain. Education, training, communication and speed of action are equally crucial to successfully preventing counterfeit goods entering the market. Key considerations are to:

Focusing on the source

Aside from policing at the border and in the physical marketplace, the pandemic has resulted in a huge increase in online shopping through e-commerce sites, social media and apps. With retailers such as Walmart and Amazon revealing record levels of sales (up to 97% for Walmart alone), it’s little wonder that online counterfeiting is also rising.

Given the global reach of the internet the need to adopt an effective online policing strategy is more critical than ever in this respect, and should include monitoring key platforms, investigating unauthorised activities, and using the website takedown processes, at the very minimum. If you don’t already have a brand protection strategy that covers both offline and online anti-counterfeiting, then now is the time to start.

John Ferdinand is a partner and David Kemp is a senior associate at Marks & Clerk.

The firm’s anti-counterfeiting department can be contacted via email (‘[email protected]’). 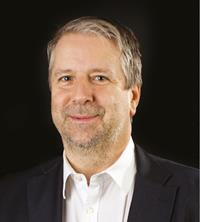