Brexit and the future of anti-counterfeiting collaboration

Despite more than two years of negotiation on the United Kingdom’s withdrawal from the European Union, 2019 has witnessed unparalleled constitutional upsets and a recasting of the UK political scene. Prime Minister Theresa May’s original Brexit deal has been thoroughly rejected by Parliament on two occasions and subsequent negotiations with the European Union have resulted in little change. Clearly this has been an anguishing time for government, opposition parties, business and the general public, as the uncertainty surrounding the way that the United Kingdom will exit the European Union continues to bite.

However, the political debate about why the United Kingdom should leave the European Union has remained almost unchanged since the lead up to the referendum in 2016.

In 2016 Prime Minister David Cameron cautioned that leaving the European Union could actually “threaten peace and stability” in Europe and a further government report suggested that the United Kingdom could be less secure from both crime and terrorism. Unfortunately, these arguments were often ignored and dismissed at the time by numerous politicians, commentators and observers, who preferred to argue over issues surrounding the UK economy, sovereignty and immigration. As a result, most people who voted in the referendum ignored the enforcement issue completely.

However, it did cover the European arrest warrant, which requires an EU member state to arrest and transfer a criminal suspect or sentenced person, so that the person can be put on trial or complete a sentence in the country that issued the warrant.

At the outset, cooperation with the European Union will not be the only means of ensuring cross-border enforcement collaboration on criminal matters. The United Kingdom is a member of Interpol, the World Customs Organisation and the United Nations Inter-Regional Crime Institute (UNICRI). All play key roles in ensuring that EU and non-EU countries can work together to help keep crime and terrorism at bay.

Nevertheless, it would be true to say that the United Kingdom’s cooperation and collaboration on criminal issues is mostly with EU member states and, although there can be different enforcement, prosecution and judicial systems, over the years member states have built a firm understanding and a mutual appreciation of how we all work and cooperate.

Despite differences, the overall intention on both sides of the UK-EU negotiations is to remain close. The United Kingdom is much valued in terms of law enforcement cooperation; nevertheless, the UK government’s future partnership paper was very thin on detail, meaning that, presently, there appears to be no obvious custom-made agreement.

One of the key concerns for Anti-Counterfeiting Group (ACG) members is of course IP enforcement and intelligence sharing through existing and future EU-wide databases. From discussions with EU officials, the problem is not that EU member states would want to exclude the United Kingdom, but that there is currently little to no legal infrastructure to allow non-member states to gain access to some of the systems. A clear example is the EU-wide Customs COPIS database. In brief, COPIS (the anti-counterfeit and anti-piracy system) is an information exchange system aimed at improving cooperation and information sharing to support IP protection. Through the use of distributed data, it helps to facilitate EU customs actions related to IP enforcement at EU external borders.

The clear advantage of COPIS is the central management of rights holders’ applications for action by Customs and the identification of infringing goods at EU borders. COPIS also interacts with other systems in the same secure network and therefore facilitates wider information exchange between national customs authorities and the European Commission.

Unfortunately, the ACG has been reliably informed by an official of the EU presidency that, unless some formal agreement can be found, the United Kingdom will be cut off from the COPIS system when it formally exits the European Union. Access to other systems currently used by UK enforcement bodies is also at risk. These include the European Criminal Records Information System (which gives access to criminal records of any EU national) and the Europol Information system (which contains information on serious and organised crime, including individuals involved). Once again, there appears to be no legal instruments, standards or practices that would allow a third country to gain access to any of these databases – and the United Kingdom will become a third country in March 2019.

However, in some cases there may be a way forward, particularly if the commission decides that a third country has adequate standards of data protection structure in place to allow information exchanges. The United States has already been granted ‘adequacy’ by the commission and under an umbrella agreement it means that the United States and European Union can also exchange information.

Such an agreement would seem fine for the United Kingdom, as its data protection standards already match those of the European Union. However, the European Union has sometimes insisted on higher levels for third countries – Canada is one country that has had difficulties in this area. Moreover, the United Kingdom is always looking to operate more pragmatically and effectively in enforcement and this can be a challenge for EU states which have a stronger focus on human rights. Such divergences could bring the jurisdiction of the European Court of Justice (ECJ) into play on adequacy, information exchange and issues of human rights – and for some in the United Kingdom, any ECJ involvement in decision making on law enforcement would be a step too far.

So far, there is no definite information about whether the United Kingdom has negotiated any of these issues. Unfortunately, simple good-will is unlikely to be enough to ensure that the United Kingdom can continue to exchange vital data and information, which will only hinder the ability to cooperate.

If the situation on information exchange and cooperation remains, then it looks clear that rights holders in the United Kingdom could be disadvantaged following Brexit. It is particularly concerning that the United Kingdom looks set to lose access to vital data sharing systems such as COPIS, the Enforcement Database at the EU Intellectual Property Office (EUIPO) and the Europol Information System. Maintaining operational partnerships with Europol and EU custom authorities is vital to rights owners and diminished access to these systems will reduce capacity and opportunity.

This is particularly worrying as the Europol IC3 team (IP enforcement) continues to build and develop its competences to provide more key data, information, intelligence and support for EU-wide collaborative operations.

The question is, how can rights holders help to ensure that UK and EU authorities can continue to cooperate and collaborate in effective ways to combat counterfeiting post-Brexit? Over the past few years, the ACG has been working to do just that. Representing more than 3,100 international brands in more than 30 countries, the ACG has an international reach, which means that it continues to be invited to attend key initiatives, agencies and forums in the United Kingdom, as well as within and outside the European Union.

To help, the ACG has built and retained an essential position with the EUIPO (with the EU Observatory on IP Infringements), Europol, Interpol, the World Customs Organisation and the European Commission at private stakeholder working groups, including those on customs and enforcement. Moreover, the ACG also supports the Organisation for Economic Cooperation and Development on a variety of essential studies and has recently started collaborating with UNICRI on the development of an international system to identify criminal sources and transport links.

On the ground, the ACG’s intelligence coordination and active membership have enabled it to collaborate and take a leading role in facilitating and backing intelligence-led actions against some of the United Kingdom’s most notorious markets and online sellers.

In the past year, the ACG’s actions have included more than 80 investigations and 60 successful operations across the United Kingdom, which have resulted in significant seizures of fake goods in places such as Camden Market and Camden High Street, Bristol Fruit Market, Eastgate Market, London’s Oxford Street and Bescot Market in Walsall. The ACG has also been heavily involved in the disruption of wholesale supplies of counterfeit goods in Greater Manchester and took a lead in intensification exercises with Border Force at the Port of Felixstowe, as well as Manchester and East Midland Airports.

However, the actions of the ACG have not stopped there. Together with Trading Standards, the police and Customs, the ACG has also tackled large online traders and introduced an initiative to reduce the availability of fake goods on social media.

In the relatively short time that I have been in post at the ACG, I have been strengthened in my belief that no single body, organisation or even country can defeat counterfeiting alone. I firmly believe that the power lies in partnerships and in the next few years the ACG will be doing all it can to build relationships and raise greater levels of understanding and awareness in government. It will also aim to reinforce its capacity to educate and train enforcers to ensure higher levels of operational success.

My aim will be to use the widest range of information and intelligence gained from ACG members and ACG actions, to build more compelling narratives to ensure policy makers and enforcement decision-takers fully understand the need for cooperation, not just in the United Kingdom but at EU and international level. To do this the ACG must ensure that the right information and skills are available to make more effective policy and regulatory decisions and to better target precious enforcement resources. However, knowledge building for consumers is also a vital objective and, as such, the ACG is also working with the UK Intellectual Property Office to introduce a new, enduring and holistic strategy to build consumer understanding.

Brexit is a difficult road to travel and ensuring continued high levels of enforcement cooperation will prove difficult. Once the United Kingdom withdraws from the European Union, it will effectively become a third country that is unlikely to have direct access to many key databases. As Rob Wainwright, former head of Europol, said, “this can be an impediment to the speed and quality of service of exchange of information”.

However, the United Kingdom has a unique heritage in terms of its alignment with EU enforcement, prosecution and judicial structures. The United Kingdom also has very strong past cooperation and collaboration with enforcement related agencies, such as Europol and the EUIPO, and with individual member states. Further, we all face the same dangers in terms of serious and organised crime, and there are obstacles to finding a deal that will allow the United Kingdom and the European Union to retain the same levels of UK-EU enforcement cooperation – one of these is the government’s red lines against any ECJ involvement. This could turn out to be the toughest test in any future enforcement and security negotiations.

It can only be hoped that both sides of the negotiation table will be mature about ensuring joint safety and security. Meanwhile, ACG members will continue to do their bit to preserve relations and build communication and coordination, so that businesses and consumers across the world will be protected. 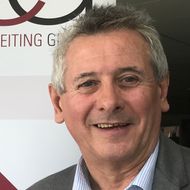