The amount of use necessary to establish unregistered rights is highly contingent on the circumstances of fact, the statute that is being raised and the market segment at issue.

If an applicant fails to respond to an office requirement, the application will be shelved. However, if a response is filed, the examination will continue, even if the requirement has not been satisfied or if the applicant’s response was to lodge a formal challenge to the office action or request.

As to purely administrative proceedings (eg renewals, mergers and changes of name), a decision is expected within three to four months.

As to a registration filed in bad faith, a nullity action can be filed at any time, according to Article 6bis(3) of the Paris Convention.

Once a civil trademark infringement action has been filed, the defendant is notified to respond within 15 days. The plaintiff may respond to the defendant’s answer within 10 days.

There are usually two hearings at first instance:

This second hearing occurs only in cases where there is a need for evidence to be produced.

Registration of the licence contract with the BPTO is not required to constitute proof of use of the licensed mark.

The Brazilian courts have not yet specifically addressed the question of whether the use of a third party’s trademark in keyword advertising constitutes trademark infringement. However, the judiciary has already issued rulings indicating that such use may constitute an act of unfair competition when it is likely to confuse or redirect consumers. In such a case, rights holders can invoke the regulations for protection against unfair competition. 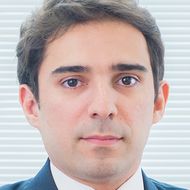 Philippe Bhering holds an LLB from the Candido Mendes University of Rio de Janeiro, Brazil and an LLM from Ludwig- Maximilians-Universität in Munich, Germany. He is a current PhD candidate at Ludwig-Maximilians-Universität. Mr Bhering is a member of the Brazilian Bar Association (Rio de Janeiro), the Brazilian Intellectual Property Association and the International Trademark Association (INTA). He is a member of INTA’s Enforcement Committee (2010- 2011 and 2012-2013 terms) and the Trademark Law and Practice Team of MARQUES (2010-2012 term). Mr Bhering specialises in trademarks, licensing, enforcement against unfair competition and counterfeiting, and civil litigation. He speaks Portuguese, English and German. 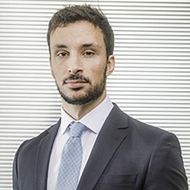 Augusto Bittencourt Vieira holds an LLM from George Washington University in the United States. He is admitted to both the Brazilian Bar Association and the New York Bar Association. Given his academic and work experience abroad, Mr Vieira has acquired deep knowledge of US trademark and copyright laws.

His areas of practice include trademarks, copyright and neighbouring rights, advertising and entertainment law. He speaks Portuguese and English.