WTR sat down with the new president of the European Communities Trademark Association to get the inside track on the organisation’s priorities and how it is maintaining its mission in a covid-19 world. Read more here

In-depth analysis of judgments issued by Chinese courts last year suggested that foreign parties may actually have a greater chance of success than domestic parties in almost all venues. Read more here

In our latest opinion column, we looked at the brand backlash suffered by companies perceived to be exploiting the Black Lives Matter cause. Read more here

As the covid-19 pandemic continues to spread across the globe, we outlined the latest developments in national IP office processes. Read more here

We spoke to the academic behind a recent study calling for a shake-up of geographical indications to forge a path towards a universal trademark system. Read more here

After Europol conducted its most successful exercise against counterfeit pesticides to date, the European Crop Protection Association revealed the role that its member companies played in the operation. Read more here

Arturo Ishbak Martínez, Lego Group’s first senior counsel for Latin America, revealed what has kept him busy for the past 12 months and how the company approaches brand protection in the region. Read more here

A WTR investigation found that Chinese image network Yupoo remains a popular haven for counterfeiters. In response, a Yupoo representative claimed that the company respects IP rights and cannot be blamed for fakes promoted on its platform. Read more here

Analysis revealed that Australia’s filing data is an early indicator that IP recovery is under way, but the government must still deal with escalating tensions with China and the country’s first recession in nearly 29 years. Read more here

INTA calling for racial equality, ‘.amazon’ being added to the Domain Name System, criticism over an application for the name of an indigenous people in Japan and Deus Ex Machina taking on Hollywood giants were among the stories in Friday’s news round-up. Read more here

From the WTR archive presented a selection of articles exploring how some of the world’s leading brands have gone about creating a consistent narrative and positioned intellectual property at the centre of business strategy. Read more here

Plus, we published 10 legal updates and four international reports examining key trademark decisions and developments from around the globe: 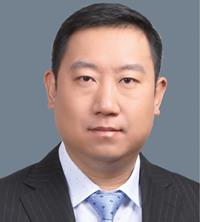