Every Tuesday and Friday, WTR presents a round-up of news, developments and insights from across the trademark sphere. In our latest edition, we look at India taking a significant step towards aligning itself with the global trademark system, how the ongoing US and China trade war could lead to a rise in counterfeit goods, a dispute between Stanley Black & Decker and Sears, Ghostbuster Dan Aykroyd prevailing in an infringement case, and much more. Coverage this time from Trevor Little (TL), Adam Houldsworth (AH), Bridget Diakun (BD) and Tim Lince (TJL).

Beyoncé trademark battle heats up – In an ongoing trademark battle over use of the term BLUE IVY, pop star Beyoncé has reportedly “refused to hand over private communications with husband Jay-Z and her mother”. According to celebrity media outlets, including the Daily Mail, the trademark dispute with businesswoman Veronica Morales is getting increasingly personal for the musician, with a recent request for documents and communications to show any evidence of intent to use the trademark (which is the name of the famous pair’s seven-year-old daughter). The reason for the unusual request is because Morales claims the duo have no intention to actually sell products using the BLUE IVY name. With such high profile celebrities involved in this dispute, expect more media coverage in the coming weeks and months. (TJL)

US/China trademark war “could lead to boom in counterfeits” – According to a segment this week on US network CNBC, the ongoing trade war between the United States and China could lead to a significant increase in the number of counterfeit goods. The claims come from Steve Shapiro, the unit chief for the FBI's intellectual property rights unit, who stated: “Every day I come into the office and I see new product categories that criminals are manufacturing fraudulently. There are some that feel that as tariffs increase and other policy issues come along, that counterfeit is seen as an alternative route towards making additional profits.” On top of that, a representative for Customs and Border Protection at the John F Kennedy International Airport in New York also claimed there’s been a steep rise in small packages being sent from Chinese marketplaces. “Here at JFK, we get about 120,000 e-packets a day. Those are packages that weigh less than four pounds. When you see that kind of volume, it makes it that much more challenging for us to do our job.” One of the key problems is around fraudulent activity at both the USPTO and Amazon’s Brand Registry – both issues repeatedly reported on by WTR – and it’s now an issue that the FBI confirmed they are looking into. (TJL)

13 million doses of illegally trafficked medicine seized by Europol in 2018 – Europol has announced that it seized more than €165 million worth of illegally-trafficked drugs last year, more than half of which were counterfeits. The confiscated goods, consisting of more than 13 million doses weighing around 1.8 tons, were seized during MISMED 2, an operation that spanned 16 European countries. According to Securing Industry, the operation also led to 435 arrests, the seizure of €3.2 million in criminal assets and 24 disrupted criminal networks. This impressive total fails to match that reached by the first MISMED in 2017, which scooped 75 million doses of misused medicines worth €230 million across nine countries. (AH)

Tech commentators give feedback on Amazon Project Zero – Technology blog How To Geek posted an extensive analysis of Amazon’s new anti-counterfeit initiative Project Zero earlier this week, with readers giving feedback on their experience of fakes on the platform. According to one commenter, an ongoing issue when it comes to the trade of fake memory cards. “The biggest area I see are the number of fake flash drives, fake SD cards and fake video card,” he claims. “[They] are rampant on eBay and Amazon and they all come from China. I've reported them multiple times and was just ignored.” It isn’t just brands being targeted, with Amazon listings also claiming massively over-inflated specs which are rarely removed promptly (with one commenter noting a 1,024GB micro-SD card which has been on sale for over a month, despite no such product existing on the market [the first will be launched in April] and numerous one-star reviews decrying it as a scam). One of the big issues for brands like SanDisk are that product listings on Amazon are often littered with one-star reviews, with customers criticising products that they believe are legitimate but are actually fake. This, in turn, leads consumers to think the legitimate products are flawed. (TJL)

HP lauds anti-counterfeiting environment in Paraguay – In a blog post from the IP office of Paraguay (DINAPI), the registry described a recent workshop hosted by technology giant Hewlett Packard (HP) for officials of the country’s Public Ministry, National Police and Customs on the topic of counterfeits. During the workshop, an expert at HP taught the delegates how to identify fake HP toners and inks (with the first sign being “when the pieces come separately, because HP sends its products in its entirety and not in pieces”). Carlos-Mora Gómez, sub-regional research manager at HP Latin America, revealed that the company has more than 400 researchers around the world to investigate fake goods and that “Paraguay is one of the countries that has left the most results in recent years” – with $2 million worth of goods seized in the first three months of 2019. Gómez concluded: “Whenever we come to Paraguay we find the authorities with all the willingness to support us.” (TJL)

India moves closer to IP accessions – According to The Hindu Business Line, India has taken a significant step towards aligning itself with the global trademark system. Earlier this week, India’s Cabinet approved a proposal for India to accede to the Nice, Vienna and Locarno Agreements, which would see the country harmonise its classification systems for examination of trademark and design applications with much of the global IP community. According to an official government statement: “The accession is expected to instill confidence in foreign investors in relation to protection of IPs in India. The accession will also facilitate in exercising rights in decision-making processes regarding review and revision of the classifications under the agreement.” More steps are needed for accession, but both domestic and international practitioners will no doubt be hoping it proceeds unimpeded. (TJL)

Dan Aykroyd’s Crystal Head vodka trademark victory upheld – A US appellate court has upheld a trademark infringement decision in favour of famous actor Dan Aykroyd. In 2017, his company Crystal Head Vodka won a verdict of trademark infringement against Elements Spirits, whose KAH Tequila product had been sold in a ceramic skull-shaped bottle. A Central District of California district court judge ordered Elements to pay almost $900,000 in damages. Following a further hearing before the Ninth Circuit appellate court, this decision was upheld earlier this week, but Aykroyd’s requests for further damages were rejected. (AH)

Stanley Black & Decker sues Sears – Struggling US retailer Sears is facing another obstacle after hardware company Stanley Black & Decker sued it for breach of contract and trademark infringement. The lawsuit was filed in Manhattan federal court, with the claim that Sears breached a limited licensing agreement to sell Craftsman-brand products by launching a separate line of tools called “Craftsman Ultimate Collection”. The lawsuit comes less than one month after Sears exited bankruptcy proceedings. (TJL)

Saudi fees change announced – The Saudi Minister of Commerce and Investment has issued a ministerial decision reducing the official fees for trademark filings (down 80% for electronic applications), registrations, searches and renewals. Posted on 7 March 2019, the announcement also increases official fees for assignment recordation and the amendment of applications. An alert from JAH & Co IP notes that the changes will be effective upon publication in the Official Gazette, which should take place in the near future. (TL)

IPOS considers GI Act for first (possibly last) time – In the first instance of the Intellectual Property Office of Singapore (IPOS) considering the Geographical Indications Act, which came into force in 1999, the office has ruled in favour of Japanese retailer Isetan Mitsukoshi in a challenge to its ISETAN TARTAN mark. The Scotch Whisky Association challenged the registration of trademark in respect of goods such as whiskies, arguing that, as trademarks cannot be registered if they contains a GI, the mark should not be allowed as ‘Tartan’ is an iconic symbol of Scotland and can function as a whisky GI. Singapore’s GI act only protects GIs which are protected in their country of origin and, in this instance, IPOS’ principal assistant registrar, Tan Mei Lin, found that no evidence had been lodged to show that “Tartan” is protected as a GI in the UK. While the first time that the office has considered the GI act, it may also be notable as the last time it will do so – the 1999 act is to be repealed on 1 April 2019, with a new GI act coming into force. (TL)

Eproint moves into Panama – Eproint has extended its reach across Central America with the opening of a new office in Panama, headed up by Alexander Garcia. With almost two decades of experience in intellectual property, Garcia advises national and international companies in corporate, intellectual property, new technologies and sports matters. (TL)

Lipski joins Bird & Bird in Warsaw – In a new announcement, global IP firm Bird & Bird has revealed the expansion of its IP practice in Warsaw with the appointment of Pawel Lipski, as a partner. Lipski has 13 years of experience advising on IP matters and issues around new technologies as well as matters relating to internet, data protection, consumer, advertising and contract law. According to Slawomir Szepietowski, managing partner of Bird & Bird Poland, Lipski will be an important addition to the team: “With the Polish government recently introducing a number of programmes designed to stimulate the formation and growth of startups, the demand for IP legal services is on the rise. Patent prosecution and anti-counterfeiting work for IP lawyers is also increasing as a result of Poland's geographic position as a transit hub between Asia and Western Europe. The addition of Lipski will not only strengthen our current team in Warsaw but also across the firm.” (TJL) 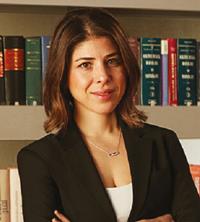