Every Tuesday and Friday, World Trademark Review presents a round-up of news, developments and insights from across the trademark sphere. In today’s edition, we look how the so-called Beast from the East closed the UK IPO Office this week, the European Commission stepping up its battle against illegal content online, a new IP court opens for business in China, and controversy in Australia over a trademark application for a football chant. Coverage this time from Trevor Little (TL), Tim Lince (TJL), Adam Houldsworth (AH) and Timothy Au (TA).

Beast from the East brings weather chaos to UK trains and trademarks – The United Kingdom was hit by a country-wide snow blizzard this week. Dubbed the ‘Beast of the East’, it caused travel chaos for millions. One of the organisations most severely affected by the weather was, it seems, the UK Intellectual Property Office (UKIPO), which announced yesterday that it would be closing all its offices due to the adverse conditions, and today confirmed its Newport office remained closed (with the London office reopening). There is no word yet on whether trademark applications could be delayed due to the closure, but with reports that blizzards could continue into early next week, applicants will have fingers crossed things will return to normal as soon as possible. (TJL)

Changsha’s IP court ready for business – It has been reported that a new IP court in Changsha, the capital and most populous city of China’s Hunan province, has this week begun hearing cases. The court will rule on civil and administrative cases across a variety of IP matters, including patents, new plant varieties and well-known trademarks within the jurisdiction of the Hunan province, as well as trademark, copyright and unfair competition matters within the jurisdiction of Changsha. (TA)

Kosovo IP office launches online trademark database – It was formally announced this week that the Kosovo Industrial Property Office has launched an online database of its trademark and patents. At the moment the database is available only in the Albanian language, however the Google Chrome browser allows the page to be translated to a user’s local language. According to local firm PETOŠEVIĆ, the Kosovo IP cautioned that, while it made “every effort” to ensure the new database is complete, users should only use the database for “guiding purposes”. The move is a positive one though; as we’ve written in our recent IP Office Innovation Ranking feature, it should be the goal of the IP community that digital trademark databases and e-filings become universal capabilities at IP offices around the world. (TJL)

Syringe trademark cancellation dismissed by European court – An attempt to revoke a syringe trademark for non-use has been rejected by the EU General Court, upholding an earlier decision by the EUIPO’s cancellation division. The case is the latest in a dispute over the trademark MAGELLAN, registered in 2006 by Swiss life sciences company Covidien for use in medical apparatus and instruments. Seven years later, in 2013, American firm Hansen Medical challenged the mark on grounds of non-use. The EUIPO rejected the challenge for use of the mark on syringes, but agreed that the branding had not been used on a number of other items, such as dental instruments and veterinary apparatus. This partial revocation was reversed in 2016 by the Second Board of Appeal, which said that Cancellation Division’s previous distinction between different types of medical goods was “arbitrary”. Hansen Medical appealed to the EU General Court, claiming that the reasons for the previous decisions had not been properly stated, and that the evidence provided in the first hearing was not sufficient to prove use of the trademark. A few days ago, the court ruled against Hansen, finding the earlier decision had been properly grounded and that any procedural irregularities had not had a decisive impact on the outcomes. (AH)

Trademark application for the colour of beer – Following the likes of Cadbury and BP, which have rights to the specifics shades of the colour purple and green respectively, a Melbourne-based beer brewery is seeking to secure protection for the colour of one of its products. East 9th Brewing, in partnership with Australian street artist Sofles and art supplies distributor Ironlak, released a new line of beers and spray paints; the former will borrow the look of Ironlak’s spray-can design, while Ironlak’s new spray paint will use the ‘colour of beer’, for which the brewery is now seeking registered trademark protection. Stephen Wools, owner of East 9th, was outspoken when commenting on the application: “Maybe Heineken, VB, or XXXX Gold will have to tweak the colour of their liquid to avoid any trademark infringements…They might own the taps pouring their beer but we own the colour of their beer!" However, based on the independent brewery’s history of generating controversy and prior marketing strategies, it would seem that the trademark application – filed a month ago – is more a publicity stunt than anything else. (TA)

European Commission steps up battle against illegal content online – The European Commission has recommended a set of operational measures – accompanied by the necessary safeguards – to be taken by companies and Member States to step up efforts to tackle illegal content online. The recommendations apply to all forms of illegal content (including terrorist content, incitement to hatred and violence, child sexual abuse material, counterfeit products and copyright infringement) and call for clearer 'notice and action' procedures to be adopted by content providers, as well as the development of proactive tools to detect and remove illegal content (including content which does not need contextualisation to be deemed illegal, such as counterfeited goods). It also calls for closer cooperation between companies and the authorities, and for platforms to share best practices and technological solutions, including tools allowing for automatic detection, with smaller organisations. The Commission will now monitor the actions taken in response to its recommendation before determining whether additional steps, including, if necessary legislation, are required. (TL)

Taking the trademark message to consumers – To coincide with National Consumer Protection Week, INTA is encouraging consumers to learn more about their rights so they can make smart purchasing decisions in a marketplace where the sale of counterfeit goods is on the rise. To help consumers do just that, the association is sponsoring ‘The Power of Trademarks’, a recently opened exhibit at the National Inventors Hall of Fame Museum in Virginia. This offering presents members of the public with information and interactive games, including one that challenges visitors to identify real and fake products. In a press release, CEO Etienne Sanz de Acedo commented: “It is important for consumers to know the value of purchasing authentic goods and to understand that making informed purchasing decisions is essential to protect public safety. It is not only handbags and shoes that are counterfeited. From cosmetics to car parts to vitamins, almost every product you can think of can be counterfeited. Counterfeit products are not just poorly made, they can be dangerous, posing negative economic, health, and safety effects on individuals and society.” The display runs through April 2019, with free admission for all. (TL)

Football Federation Australia’s seeks registered trademark protection of a chant – It is reported that Football Federation Australia (FFA) has filed for a trademark to protect a famous chant, which has led to vocal opposition from local football fans. The governing body applied for a mark for the words ‘we sing for Wanderers’ in 2016 but the application is still currently listed as “under examination” on the IP Australia government website. The discovery of the application has generated much controversy, and fans have been quick to take to social media to express their disapproval. The news comes amid heightened tensions between the Red and Black Bloc (RBB) – the main supporter group for the club – and the FFA, which recently shut down the club’s active supporter area. (TA)

King & Spalding bags trial lawyer Friel – US law firm King & Spalding announced this week that it has hired IP trial lawyer Thomas Friel as a partner. He will be working out of the firm’s Palo Alto and San Francisco offices, and joins the firm from Cooley. Friel primarily specialises in patent litigation, however he has worked on a number of high profile trademark cases – for example, he was part of the team that led to the invalidation of the 386 trademark for microprocessors. “Tom has a great reputation in Silicon Valley and beyond, and he’s an excellent trial lawyer,” commented Andy Bayman, leader of King & Spalding’s Trial & Global Disputes practice group. (TJL)

When consumers love fakes – On IAM this week, Elizaveta Osipchuk and David Aylen from Gowling WLG (International) Inc provided insight into “Russia’s enduring love for fake luxury”. The authors note it is estimated that approximately 40% of all handbags, apparel and accessories sold in Russia are counterfeits, with most consumers of fake fashion products knowing that their items are counterfeit. On the latter, they cite a recent survey, which found that 30% of Russian consumers said that they had bought counterfeit products in the last year. This finding serves as a reminder that increasing consumer knowledge of the dangers of counterfeiters may not be enough – there will always be demand for fake goods. Therefore, meaningfully tackling the supply should be front of mind. (TL)

Every Friday in our news round-up we will be providing a quick rundown of the news, analysis and intelligence posted on World Trademark Review that week.

The inside track on protecting your brand online – This week, the latest edition of Online Brand Enforcement: Protecting Your Trademarks in the Electronic Environment, offering cutting-edge analysis and insight into brand protection strategies, was published online. The free-to-view publication is designed as an indispensable reference guide for senior brand executives, trademark counsel and anti-counterfeiting practitioners across the world, exploring the vital issues behind online brand protection and the legal frameworks governing the digital marketplace. Click here to access the latest analysis and insight into protecting your brands in the online environment. (TL) 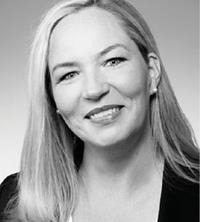