Apple and Samsung back in court, trademark preparation for Singles Day, and an NBA legend’s counterfeit haul: news round-up

Every Tuesday and Friday World Trademark Review presents a round-up of news, developments and insights from across the trademark sphere. In this edition, we look at the next step in a long-running IP feud between Apple and Samsung, the staff union of the European Patent Office’s reaction to the appointment of António Campinos as its next president and a call for plain packaging in United Arab Emirates. Coverage this time from Trevor Little (TL), Tim Lince (TJL), Adam Houldsworth (AH) and Timothy Au (TA).

UK financial services trademarks hit record high due to Fintech activity – The number of UK trademarks registered by financial services firms rocketed by 35% in the last five years, from 3,141 in 2011 to 4,228 in 2016. Professional services firm RPC identified this trend, noting that the trademark drive has been partly propelled by the development of fintech sector products. RPC notes that both established institutions and start-ups competing in the fintech space are seeking to differentiate themselves by creating trademarks for individual, or suites of, products – with partner Paul Joseph noting: “Financial services businesses collectively are pouring hundreds of millions into promoting new products and services. That investment needs to be protected through registering trademarks.” Innovation in the fintech space is set to continue apace and not just in the UK (our sister title, IAM, recently brought together a panel of fintech IP practitioners to discuss the challenges and opportunities they face – the event report is available here). It would therefore not be a surprise for this trademark focus to be mirrored in other jurisdictions. (TL)

‘See Now, Buy Now’ and watch out for fakes – Models took to the catwalk at Shanghai’s National Convention and Exhibition Center last week, showing off branded fashion and apparel that will be available to buy as part of Alibaba’s 11.11 Global Shopping Festival. The Chinese celebration of Singles Day each November 11 has become one of the world’s largest shopping events and the ‘See Now, Buy Now’ fashion show kicked off three weeks of promotions in the run-up to the big day. As Alibaba’s chief marketing officer Chris Tung explained: “‘See Now, Buy Now’ perfectly illustrates the merging of offline and online shopping. Viewers watching the show can enjoy the show while shopping on their phones or saving the items for a later date.” Brands such as Guerlain, Adidas, Pandora, Ray-Ban, Estee Lauder, Victoria’s Secret, Rimowa, and Ralph Lauren partook in the event, which will be broadcast across seven media platforms next week. All told, over 140,000 brands (including more than 60,000 international brands) will participate in this year’s 11.11 event on Alibaba’s platforms, offering promotions on 15 million-plus product listings. Last year event saw consumers spending RMB120.7 billion ($17.79 billion), and the company appears intent on setting a new record for 2017. As with any holiday shopping event, competition for consumer spend will be intense and infringers could look to capitalise. For trademark counsel, now is the time to prepare to step up online monitoring. (TL)

As Campinos prepares for role at EPO, staff union looks to the future – We recently reported on the election of António Campinos, executive director of the EUIPO, as the next president of the European Patent Office (EPO). In our coverage we noted that his track record focusing on staff motivation was likely a key consideration amongst his supporters, employee unrest at the EPO having been well chronicled. Positively for Campinos, as revealed by IP-Watch, the staff union of the EPO has welcomed his election, the process for which had the goal of a finding a leader “with modern management techniques and an outstanding ability to engage in social dialogue”. The letter goes into detail on the “problematic legacy” Campinos inherits, and proposes the establishment of a working group to oversee staff welfare. While it remains to be seen whether such a group is established, the opportunity for Campinos to positively collaborate with staff representatives will help ensure that early headway can be achieved. (TL)

Malaysia and Japan to focus on value – Malaysia is to work more closely with Japan in a bid to strength the recognition of intellectual property value, reports the Malay Mail Online. Specifically, domestic trade, cooperatives and consumerism minister Datuk Seri Hamzah Zainudin pointed to a collaboration with Japan’s Todai Technology Licensing Office to facilitate commercial value assessments of Malaysian IP. He told the media: “The initiative will benefit IP owners, and add value - as well as enable local IP to be more widely promoted… It will make it easier for them [IP owning companies] to borrow from a financial institution and prove that their IP has vast commercial value.” (TL)

On the ground with the counterfeit hunters – A fine article was published by the South China Morning Post over the weekend, with an on-the-ground report of agents chasing counterfeiters in Changzhou, China. The long-form piece is full of interesting insights; the most startling, perhaps, is a seller of fake watches claiming that two of his customers are “a certain world tennis champion” and “an American basketball hall of famer”. Reporter Joshua Hunt is naturally sceptical of that claim, until the eager-to-impress counterfeiter showed photographs of him posing with the sports stars. “The NBA legend bought enough fake watches to fill a large suitcase,” the article reads, “But he was outdone by a Brooklyn Nets basketball player, who [...] bought between 500 and 600”. If true, it’s a reminder that, if even millionaires who can afford legitimate products are knowingly buying fakes, the challenge to convince the average consumer not to buy illicit goods is an uphill battle. (TJL)

Apple and Samsung back in court again – Apple and Samsung are set to face each other in yet another round of district court litigation in their dispute over design patent infringement. The case, whose order was signed on Sunday by Judge Lucy Koh, will determine the damages that Samsung owes to Apple for the infringement of three patents. The two parties have been embroiled in various patent disputes since 2012. This latest instalment follows on from the December 2016 Supreme Court decision in favour of Samsung, which stipulated that damages for patent design infringement should be calculated only on the basis of the part of a device which infringes a patent, rather than on the entire product. In the light of this, Samsung is hopeful of having the $399 million damages that it was ordered to pay to Apple last year reduced. The case will turn on the question of what the “article of manufacture” was that infringed Apple’s patents – the whole of Samsung’s phone or a specific part of the phone. Judge Koh has stated that Apple “shall bear the burden of persuasion on identifying the relevant article manufacture and proving the total profit on the sale of that article”. (AH)

Call for plain packaging in UAE – A senior doctor located in Abu Dhabi, United Arab Emirates, has called on plain packaging to be introduced in the Middle East nation. Talking about recent price hikes on tobacco products in the country in recent months, Dr. Wael al-Mahmeed, a consultant cardiologist in Abu Dhabi and president of the Asia pacific society of cardiology, noted more is needed to curb smoking rates. “Just taxation by itself will not be sufficient. Plain packaging of cigarette packs should be introduced,” he recommended. If that advice is taken on board (and no government representative in the country has suggested it yet), it will follow numerous countries in recent years to implement plain packaging on tobacco products – beginning with Australia in 2012 and, most recently, Ireland earlier this month. (TJL)

Law firms join forces – It has been announced that IP boutique Redd is joining media, tech and brands-focused firm Wiggin on November 6 2017. The combined team will comprise 20 specialist IP lawyers working across Wiggin's offices. In the release announcing the move, Sara Ashby, one of the founding partners of Redd, explained: “Joining Wiggin will allow us to achieve scale while retaining our absolute focus on IP. We have a lot in common - both firms are specialists in what they do and are lucky enough to act for some fantastic clients, have been involved in leading cases and advisory work, and have great teams of lawyers with a similar ethos and culture." (TL)

Marks & Clerk principal elected to IPIC presidency – Grant Lynds, a principal in Marks & Clerk’s Ottawa office, has been elected President of the Intellectual Property Institute of Canada (IPIC). He previously held the position of secretary of IPIC and is the current chair of the intervention committee, and commented: “Receiving this recognition from colleagues across Canada is a real privilege. Innovation and technology are changing the world we live in in fundamental ways and intellectual property has a central role to play in this. I look forward to driving forward the agenda of IPIC, and the profession in Canada, as we address these and other issues.” (TL) 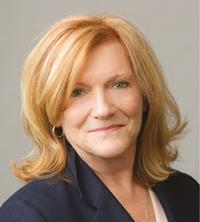