Retail giant Amazon has come in for more criticism over the sale of fakes on its platform, this time for selling and fulfilling the delivery of copycat Google Chromecast products. The denunciation comes days after one small business owner accused Amazon of being “complicit with counterfeiting” – a statement that went viral and has led to increased pressure on the company to take further action to stem the sale of fakes.

Late last week, the founder of Elevation Lab, Casey Hopkins, penned a blog laying out the company’s experience with Chinese sellers making copies of its Anchor storage product and selling them under the Anchor brand name on Amazon.com. Hopkins explained that due to the setup of Amazon listings, consumers will believe they are purchasing a genuine Anchor product – and that the legitimate company was unable to be the primary seller as counterfeiters could always undercut its price. It’s for this reason that he accused Amazon of being “complicit with counterfeiting”, writing: “I can't blame the Chinese counterfeiters for doing it. They are getting paid, they remain anonymous, they know they will face no legal recourse, and the worst that could happen to them is to have their listing removed and counterfeit inventory returned (not destroyed). Amazon's policies promote this.”

The blog post was widely reported on the major technology websites, including articles on CNET, Engadget, and 9to5Mac, as well as pieces on mainstream sites including Fortune, Yahoo! and BuzzFeed. It gained so much exposure, including reaching the front-page of Reddit, that Amazon issued a lengthy response – a rarity for the often media shy company. In it, Amazon claimed that its customers “trust” that when they make a purchase on its platform “they will receive authentic products” and that it “strictly prohibits” the sale of counterfeit products. The rest of the lengthy statement, which can be read in full on TechCrunch, explains how the company works with vendors, sellers and rights holders to “strengthen protections” for brands, and that businesses can register to block bad actors or report suspected fakes.

However, a day later, HotHardware.com reported on the sale of fake Google Chromecast devices – an issue the article accuses Amazon of “allowing” as it actively stops Google from selling its Chromecast devices (due to an ongoing dispute between the two companies).

Specifically, when a user searches for “Chromecast” on the Amazon marketplace, it doesn’t bring up zero results (as may be expected if the device is banned) – it instead presents near-identical products that appear to be Chromecast streaming devices. This is not unheard of with respect to search results showing alternative goods, but many of the listings are for products using the Chrome logo or a ‘G’ logo on the device itself. Some of these copycat or fake devices are being sold as “Fulfilled by Amazon” (therefore sent to buyers from an Amazon Fulfilment Centre) or are part of its Amazon Prime program. In total, on the first page of Amazon results for the search of “Chromecast”, it brings up: the Amazon Fire TV streaming device, the Roku streaming device, seven copycats bearing logos that falsely evoke Google's Chromecast brand, three with ‘G’ logos on them to falsely associate with the Google brand, and one generic product with no logo (the rest of the results are for USB wires).

One such device, which shows up as the second result on Amazon’s UK marketplace, at first glance looks like a genuine Google Chromecast device (comparison image). It uses the Chrome logo on the product, it is “dispatched by Amazon”, and Amazon recommends it be purchased along with a “Chromecast USB Cable”. However, a closer examinations of the user reviews (it sits at 2/5 stars at the time of publication) reveals a host of buyers were misled into purchasing it. “I didn't realise that I wasn't buying the Chromecast – wouldn't recommend this”, said one user, with another calling it “a very bad knockoff” and another writing that they “ended up with this because I rushed when buying” after they “searched for Chromecast and bought the first one eligible for Prime”.

It’s a clear demonstration of how an Amazon marketplace search can lead to mistaken purchases of non-official products. This is an issue that, in theory, could get worse due to the rising popularity of devices like Amazon’s own Alexa system which encourages users to order products using only their voice. This is not to say that Amazon is the only online marketplace selling copycat or counterfeit Chromecast devices (the first page of results on Taobao, for example, also has numerous copies), but the issue is conflated by Amazon explicitedly refusing to sell the official Google Chromecast product (information that many Amazon members will be unaware of) and then "fulfilling" the sale of copycats.

We last wrote about the role of Amazon’s Fulfilment program in the sale of copycat goods a year ago and it appears to be an issue that persists.  As one person was quoted at that time: “Not only are many counterfeit goods being sold through Amazon, but Amazon's policies (eg, co-mingling inventory, lack of ability to signal counterfeit goods in complaint, lack of ability to review a counterfeit seller of a product instead of the good itself) are directly encouraging this situation – and Amazon's response seems to be a collective shrug.”

The question now is whether Amazon will respond to recent pressure (both from the weekend’s viral outrage or of last week’s US government report pointing out the “staggering ratio” of fakes on US e-commerce platforms) with proactive measures – especially against those taking advantage of Amazon’s search function and fulfilment program. If it does not, expect another round of media outrage in the future. 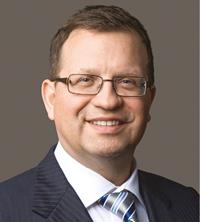