Two trade associations in the United States have spoken publicly about their concerns over the Trump administration’s recent steel and aluminium tariffs on the European Union. Talking to World Trademark Review, a representative for one of those associations claims targeting trade allies rather than partnering with them “weakens” the ongoing battle against the scourge of fake goods.

Last week the Trump administration announced the implementation of aluminium and steel tariffs on the EU. In response, the EU immediately announced that it would be increasing duties on US imports totaling over $7 billion – including $1.5 billion in precious metals and jewellery. As well as the EU, the Trump administration also implemented the same tariffs (25% on steel and 10% on aluminium) on two other allies – Canada and Mexico. The move has been met with sharp criticism from global leaders and political heavyweights – including US House Speaker Paul Ryan – and has sparked fears of a more significant trade war.

On Friday representatives from the Precious Metals Association of North America (PMANA) and the Fashion Jewelry and Accessories Trade Association (FJATA) joined those who spoke out against the tariffs. However, rather than criticising it due to fears of sparking a trade war, the associations voiced concern about how the tariffs could harm the precious metal industry’s fight against fakes. Brent Cleaveland, executive director of the FJATA, claims the sale of fakes from China has seen legitimate US businesses lose their “competitive edge”, adding: “We are seeing many brands losing their domestic market share to cheaper, dangerous counterfeits – imported mainly from China. With a critical ally in the EU, we would hope the administration would leverage this relationship, rather than jeopardise it, to put pressure on China.”

Talking more about the issue to World Trademark Review, a spokesperson from the PMANA doubled-down on the suggestion that tariffs targeted at allies is a boon for counterfeiters. “China is the global leader in unfair trade practices, including the mass production of counterfeit goods,” the spokesperson said. “By attacking strong trade allies – like the EU – the US is opening additional trade disputes while also weakening our position against China. On the other hand, if we [the US] were to partner with our global allies to pressure China, I think we would have better results in ending these unfair trade practices that are hurting businesses and the economy.”

Ultimately, the PMANA spokesperson says, “counterfeiting is a global problem” and, as such, to be tackled effectively needs strong international cooperation. “Counterfeiting affects the US. It affects the EU. But the main winner is China because their economy thrives on producing and exporting cheap counterfeit goods,” the spokesperson concluded. “It would be more effective for the US to address China’s unfair trade practices by banding together with our trade partners. Instead, we are now running the risk of alienating multiple allies.” 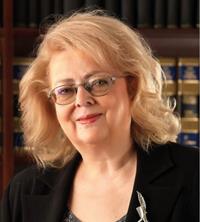