Alibaba has announced the ban of listings offering car airbag components on two of its cross-border e-commerce platforms, a move welcomed by the Automotive Anti-Counterfeiting Council (A2C2). The development echoes the auto industry’s ‘zero tolerance’ approach to fake parts that endanger the safety of consumers and provides the e-commerce giant with another high profile endorsement as it awaits the publication of this year’s USTR Special 301 Out-of-Cycle Review of Notorious Markets.

While Alibaba has banned the sale of airbags on its platforms since 2014, a piece posted on Alibaba’s Alizila news site revealed that that 22,000 online listings from over 700 vendors offering Supplemental Restraint System (SRS) equipment (which encompass airbags and the component parts that help them function) have been removed over the past month. To prevent future such listings, the e-commerce giant has promised that is platform algorithms are now intercepting pre-listings and blocking them in real time.

The main driver behind this latest move is cited as the “significant safety-related issues” related to such components. As with many of its recent news announcements, which are often accompanied by support from leading brands and organisations, this latest effort has been welcomed by the A2C2, which had previously raised concerns about the availability of such components. Andy Forsythe, A2C2 president, states: “We are pleased to see Alibaba take these important steps to help protect the integrity of online marketplaces, especially for airbags & select SRS-related equipment. We look forward to continuing to work with Alibaba and other online marketplaces to protect consumers from counterfeit auto parts.”

That the A2C2 – which boasts amongst its members such auto brands as BMW, Chevrolet, Ford, GM, Honda, Lexus and Nissan – has made airbags and their component parts a priority focus is no surprise. Counsel across the auto industry have long adopted a zero policy to counterfeit parts that could endanger the safety of consumers.

For example, in the upcoming issue of World Trademark Review, we feature an in-depth exploration on how to measure return on investment in brand protection efforts, with Angela Chen, brand protection manager, Asia-Pacific, at Ford telling us that her team is highly focused on ensuring that the function is regarded as a profit centre. As a result, in instances where Ford is the only victim and the case is between the state and the counterfeiter, she explained that the company is sometimes approached by defendants seeking a reduced sentence or probation: “We have had cases where a big counterfeiting boss is caught and looking at years of jail time, and is willing to trade this for any amount you suggest.” However, despite this focus on revenue recovery, the red line is when counterfeiting relates to items that might compromise consumer safety: “The bottom line is that we will not negotiate with counterfeiters involved in safety-related items like brake pads or air bags. Even if they offered millions in compensation we would refuse it and do everything in our power to make sure they do full jail time.”

The problem for auto brands is that fake air bag components can be big business for counterfeiters. Illustrating how lucrative just one operation can be, at the Managing Trademark Assets event in Chicago last week Theresa Conduah, managing counsel at Toyota Motor North America, recounted a recent raid on the Sacramento home of an eBay seller. In that action A2C2 members (including Toyota, Nissan, GMC and Ford) worked with Homeland Security Investigations and seized more than 1,200 airbag components, with an estimated revenue damage of $1.25m. The financial payday peddling such parts can lead to means that counterfeiters will continue to be tempted by the trade in these dangerous products.

Given this sharp industry focus, it is wholly positive that the A2C2 has managed to secure support for the removal of air bag component listings on the Alibaba sites. However, without wishing to detract from its achievement, given the clear health and safety risks (and Alibaba’s previous ban of air bag listings) a natural question to ask is why Alibaba is only now moving to ban the listing of related parts that pose a danger to consumers?

On one hand it could be suggested that – with Alibaba having significantly upped its game in terms of anti-counterfeiting over the past year – the move is a natural extension of this focus and the time was just right in terms of the A2C2’s long-term efforts. A more cynical view would be that – in its bid to seek the removal of Taobao from the  Special 301 Out-of-Cycle Review of Notorious Markets – Alibaba is lining up a roster of high profile brand ‘endorsers’ and using the resulting media coverage to improve its reputation.

The Alizila piece, titled ‘Alibaba takes industry lead, blocks airbag component sales’, ends with an overview of its stepped up anti-counterfeiting efforts over the past year. These frequently highlight collaboration with major brands, seemingly in a bid to evidence a cooperative approach with rights holders. This engagement has seen previous critics adopt a warmer tone in submissions to the Special 301 Out-of-Cycle Review of Notorious Markets public comment period and, in the auto industry, it can now point to a positive review from a strong association of brands. This is a timely development.

Reviewing the final submissions in the Special 301 comment window, while the Motor & Equipment Manufacturers Association is broadly positive about Alibaba’s efforts over the past year (the 2016 USTR report seen as prompting the company to “acknowledge the problem of counterfeit goods on its platforms and to commit to improve the tools to remove counterfeit goods from them”), the Autocare Association is more scathing. Strongly urging that Alibaba, Taobao and AliExpress be included on the upcoming notorious markets list, it states that members regard Alibaba’s level of cooperation with them in the US as “unsatisfactory”, arguing that “brand protection tools and resources available from domestic competitors to Alibaba, such as eBay and Amazon, are far superior”.

In the face of such criticism, addressing A2C2’s concerns in a high profile way does help evidence auto industry support at a time when the USTR is considering the e-commerce giant’s anti-counterfeiting credentials.

In some respects, a bigger question than ‘why now?’ is ‘does it matter as long as meaningful action is now being taken?’. Whether its anti-counterfeiting efforts are a self-interested effort to seek removal from the 301 list, stem from a genuine regard for intellectual property rights or are a mixture of the two, is arguably irrelevant if it results in increased brand collaboration and new tools for protecting third party rights. The key for brands not yet benefitting from meaningful co-operation is to now exploit this stated willingness to fight fakes.

And if there is one takeaway for those fighting counterfeits that pose a health and safety risk to consumers it is that there has been no better time to up the ante and seek out bespoke solutions from the ecommerce giant. 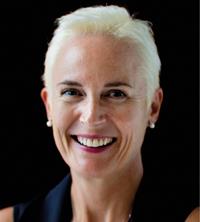