Analysing the first year of the Polish IP courts 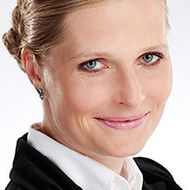 On 1 July 2020 Polish IP practitioners welcomed the opening of the country’s first IP courts. The need to create IP courts with IP experts as judges had been raised by professionals in the field for many years, due to the complexity of IP matters and the rising number and specific character of IP proceedings.

Here, the district courts of Gdańsk, Katowice, Lublin, Poznań and Warsaw provide information on the number of cases filed, their subject matter and new procedural measures such as the motion to secure evidence, the request to disclose or release evidence, and information requests.

As of 22 June, 1,024 IP cases had been filed before the District Court of Warsaw. In second place was the District Court of Katowice with 638 cases, followed by Poznań with 535 cases and Lublin with 197. Gdańsk provided information from the second half of 2020 only, during which time 126 cases were filed.

Before assessing the following data, it is worth noting that the figures presented below may not represent the exact number of the cases concerning copyright, trademarks or industrial designs, as only one type of IP right is assigned to each case, even though most disputes concern multiple IP rights.

There were no cases concerning utility models or semiconductors in Warsaw. The disproportion between the overall number of cases and what has been presented above derives from the fact that in 2020 most cases in the department (229) concerned remuneration for the use of IP rights. No information was provided on this for 2021.

In Poznań, as in Warsaw, most of the 315 cases concerned remuneration for the use of IP rights.

Average time from filing a motion to issuing a decision

According to the law, the court has seven days to hand down its decision. However, not every court can comply with this. The average time in Katowice was 20 days and in Poznań between six and seven days.

The average time to issue a decision in Lublin was eight days. The district courts in Gdańsk and Warsaw provided no information on their time frames.

Request to disclose or release evidence

A request to disclose or release evidence allows rights holders to obtain evidence from an infringer about the case requirements that is impossible to legally obtain outside of court proceedings.

In Katowice, there were nine requests and four decisions issued. In Poznań, there were five requests. In Gdańsk and Lublin, no such motions were filed. The District Court of Warsaw did not provide an answer.

Through an information request, rights holders can obtain information on parties that cooperated with a defendant and the quantity and prices of counterfeit products.

In Warsaw, there were 16 such requests, five of which were accepted. In Katowice, there were 12 requests and the court issued five decisions. In Poznań, there were five requests, but some also appeared in lawsuits and motions to secure the claim. In Lublin, there were nine, and in Gdańsk, there were none.

Table 6. Number of cases resolved throughout the year