Amendments to OAPI system will shake up the entire registration process 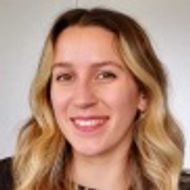 The African Organisation for Intellectual Property (OAPI) IP system is ruled by the Bangui Agreement, which was amended in 2019. This has resulted in changes to the IP system for French-speaking countries in Africa. The main alterations are to the prosecution and litigation procedures with regard to trademarks, patents and administration.

The amendments will come into force after it has been ratified by at least 12 OAPI member states. Last year, seven out of 12 countries ratified these changes. At the time of writing, it is believed that this number had risen to 11 – the 12th country to approve would be Cameroon.

After the 12th member state ratifies the proposal, the new system will come into effect, although it is likely that trademark-related provisions will come into force in 2021 and patent-related ones in 2022.

Changes include the introduction of substantive examination, which will require the allocation of more resources. Following this, there will be an appeal period of two months against rejections and alternative dispute resolution methods will be available (eg, mediation and arbitration).

There will be significant improvement of anti-counterfeiting sanctions, enforcement and border measures. The new amendment will get rid of the current process, in which an IP owner must obtain a non-cancellation certification before proceeding with a seizure of counterfeit goods.

Other new provisions include changes to deferral fees and the continuation of the digitisation of various systems, including online filing. There is now confirmation that the member states’ civil courts have the right to rule on the validity and ownership of all IP rights.

The laws surrounding trademarks have seen the most significant changes. There is an extension of the definition of a ‘trademark’ to include non-traditional marks, such as sound, audiovisual, series and certification marks. There will be a provision for international registration for goods and services to be included in a single application, and publication after filing for third-party opposition. A five-year prescription term will also be implemented, along with substantive examination on absolute grounds, which will include deceptiveness as to origin and genericity.

Further, there will now be claim of ownership. If a party has prior use of a mark, it may claim ownership within three months of the publication date in case the other applicant should knew or should have known about prior rights. Also, it will now be possible for Customs to detain suspected counterfeit goods by request of the trademark owner, who will have 10 days (three, in the case of perishable goods) to file for a civil or criminal procedure.

With regard to patent law, the main change is the introduction of substantive examination and that patent applications will be published for opposition in a three-month period. There will also be extended protection for geographical indications to include agricultural, natural and artisanal products.

After a three-year discussion period, OAPI has decided to amend the agreement so as to improve the quality of its operation procedures. Nevertheless, there is still a waiting period, first before it is approved by the member states, and then until the provisions come to force, which should take take place in either 2021 or 2022.