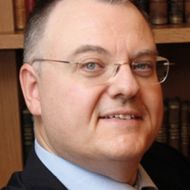 On 20 March 2020 the new Greek Trademark Law (4679/2020) was enacted, although due to the suspension of administrative and civil law deadlines as a result of the covid-19 pandemic, it did not come into force until 1 June 2020. The key aims of the legislation are to:

Taking into account the salient features of the new law, trademark owners should consider the following general recommendations.

Trademark registrations and change recordals are now considerably less expensive and therefore more attractive. Official fees for registering changes of a company name, legal seat or owner’s address and legal form are abolished, as are official fees for the list of goods and/or services.

New types of non-traditional mark (eg, position, motion, multimedia and hologram) can now be registered as trademarks. A ministerial decree will specify in due course the form, size and any other necessary formalities. However, further clarification is needed as to whether a non-traditional mark may be used as a basic application or registration for filing an international application (ie, under the Madrid Protocol) in case the application is not graphically represented. Likewise, future case law is required to demonstrate whether and under which circumstances a non-traditional mark that is not graphically represented may be successfully used as the legal basis in an opposition against a confusingly similar but graphically represented later trademark (eg, a motion mark versus a word mark).

Clearly and precisely specified goods and services will safeguard the scope of protection of new trademarks. The Greek Trademark Office has now abandoned its previous practice based on the ‘IP Translator’ Declaration. Unless specific goods or services are explicitly mentioned in the list of goods and services or are directly included and understood as belonging to a term contained in the relevant class heading, no protection will be granted in the future with respect to the omitted goods or services. Despite the abovementioned date of enactment of the new law, it is generally recommended that any trademark applications filed after 11 April 2012 be reviewed, as they may require specification of goods and services according to the rule of clarity and precision. The law sets no deadline for this nor any form of declaration. A petition for specification of goods and services will suffice.

Trademark renewals are now possible six months before their maturity. Renewals should not be left until the grace period unless necessary. This is because, in case of a late renewal, any conflicting third-party rights obtained during this period cannot be challenged by the owner of the earlier mark. This new rule is questionable given that late renewal for a 10-year period – although subject to administrative fines due to belated handling – is connected with the undue limitation of trademark protection.

Keeping a thorough record of evidence of genuine trademark use for goods and services for which a mark was registered may prove invaluable in various instances throughout the lifespan of a mark – for example, when filing an opposition against a future similar mark, a civil action or a petition for interlocutory injunction against an infringing mark or another sign (eg, distinctive title of a business or retail store, or a distinctive sign of a product).

Monitoring the Greek Trademark Register for conflicting applications, including both national applications and extensions of international registrations designating Greece, is essential to the enforceability of a mark. Official citations of earlier rights by the examiner against a new trademark application based on relative grounds of refusal have been abolished. Grounds can now be invoked by means of an opposition within a non-extendible three-month term.

As trademark infringements are becoming more sophisticated and increasingly involve the Internet (especially social media), being vigilant against the unauthorised use of a mark is crucial – particularly online. Launching a civil law action against infringers and raising cease and desist and potential compensation claims on time are vital to avoid the dilution of a reputed mark, the weakening and limitation of an owner’s power to enforce, or the loss of a trademark right.

Registration of a mark by, and in the name of, a local distributor, commercial agent or representative constitutes a bad-faith trademark filing given the lack of knowledge on the part of the real trademark owner. The owner may either file an opposition or invalidity action or file a civil action against the unauthorised party requesting the prohibition of use of the mark and its assignment to the plaintiff and genuine owner.

Enforcement of a registered mark against infringing goods located by the customs authorities – whether they be in transit, temporary imports or re-exports, or even if they are not destined for the Greek market – is a useful tool for trademark owners and attorneys.

The above general information should not be used as legal advice for a concrete case.