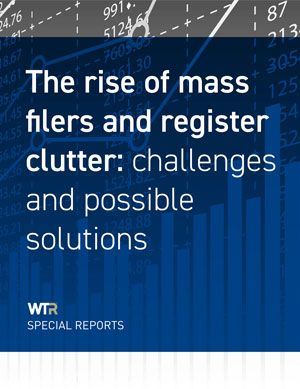 This special report scrutinises the Gleissner, Ueda and China filings outlook by charting the rise of these new trends, analysing the data behind their activity, investigating the real-world effect that they are having and, crucially, exploring how rights holders and registries can mitigate their impact.
Trevor Little

Michael Gleissner: The “infamous troll” who upended the trademark industry

When WTR first reported on the portfolio-building activities of multi-millionaire businessman Michael Gleissner in 2016, there was an overarching sense of disbelief at the sheer scale of his operations.

Gleissner: the story so far

With assets claimed to be worth $300 million, Gleissner was an early pioneer in web hosting and spent two years as a vice president at Amazon. Since 2003 he has worked in multiple areas and is described as being an entrepreneur, a film producer, a director, a screenwriter, an actor, a photographer and a musician. However, it is his IP activities that have brought Gleissner to the attention of brand owners around the world.

The Gleissner Oppositions, published in 2018, revealed that of the 479 opposition cases before the UKIPO between January 2017 and February 2018, at least 34 involved marks filed by Gleissner-related entities.

WTR reached out to Jerry Reynolds, chair of UK brand Pedigree Group, for insights into the company’s experience opposing marks filed by Gleissner. Here is what he had to say.
Jerry Reynolds

Several business owners – some of whom could not speak on the record due to ongoing legal proceedings – have talked to WTR about how they have been affected by this rampant trademark activity.

While the full extent of what Gleissner has been doing has gradually come into focus, the question remains: why? What would prompt someone to put in this time, effort and money? One possible motive emerged in February 2020.

Ikuhiro Ueda: The first individual in history to have filed over 100,000 trademark applications

Ueda’s filing spree is notable, and not only because he was the first individual in history to have filed over 100,000 trademark applications.

Japanese trademark practitioners first spoke out about a mysterious individual who had been filing thousands of trademark applications at the JPO in 2015. Since then, Ueda has been responsible for almost 140,000 filings at the office.

“I am a good troll”: Ueda in his own words

In April 2019 WTR published an exclusive interview with Ueda, who shared with us a 17-page, 5,000-word manifesto on his vision for a reformed global IP rights system.

Ueda in Japan: an attorney’s perspective

Ueda’s activities have been a significant talking point for the law firm community in Japan. Masaki Mikami, founder and IP attorney at MARKS IP LAW FIRM, discusses his personal experience and why the JPO’s response needs to go further.
Masaki Mikami

The rise of Chinese filers

This final section of the report examines a different type of mass filer: the nation filer – specifically, what happens when one country drives up application numbers around the world.

Chinese filers at the USPTO: a timeline

A rise in filings from a given jurisdiction is not itself a bad thing. However, the rapid increase in US filings from China has become a divisive topic, with worries over register clutter and the legitimacy of (and motivation for) a number of applications.

The rise of Chinese filers is a global phenomenon. Although this report focuses on the USPTO experience, it is instructive to compare activity rates elsewhere. Therefore, we turn our attention to the EUIPO.

From the WTR archive: how suspicious specimens became a blight on the US register

Alongside surging application levels, concern has been raised over the past few years over the validity of filings and the prevalence of specimens of use that were at best suspicious, at worst fraudulent.

In January 2021 WTR published an in-depth look at USPTO operations and strategic priorities for the year ahead. In the following extract, USPTO Commissioner for Trademarks David S Gooder highlights what the office has been doing to protect the register.
David S Gooder

Options for the USPTO to consider

One beneficiary of rising Chinese filing levels is Jonathan G Morton, who topped the list of representatives filing trademarks at the USPTO in 2020 by a considerable margin.