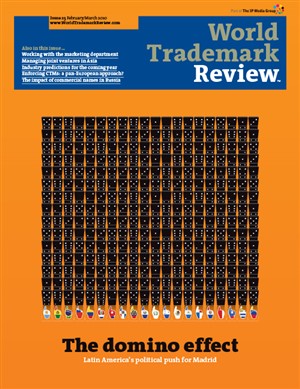 There is a long tradition of protection for well-known marks in Israel, but trademark owners need to ensurethat they are fully exploiting the advantages of the system.

While legislation does recognize marks which have gained fame, the concept is not defined or explainedin the law or governing rules.

China has gradually enhanced the protection of well-known marks, but brand owners need to ensure thatthey file for recognition when entering into legal action.

A recent marketing campaign highlights some of the intricacies inherent in Mexico’s trademark legislation.

Well-known trademarks in Norway are protected under the Trademarks Act and, to some degree, theMarketing Act, which requires traders to follow good business practice in their transactions with each other.

The framework of protection for well-known and famous trademarks stems from existing Benelux legislation.Recent decisions suggest that this system, as transposed into EU legislation and elaborated by further case law,gives famous and well-known trademarks even greater protection than before.

While the courts are applying statutory provisions that afford protection to well-known marks, the lack ofguidance on the evidence required to prove that a mark is well known means that brand owners need to relyon judicial precedents in their actions.

While courts take account of the fame of a mark when assessing the likelihood of confusion, all thesurrounding circumstances are considered – including evidence of consumer confusion and the connectionbetween the goods and services of the interested parties.

The protection of well-known and famous marks has long been disputed under Russian law, with the processfor registering a mark as well known challenging for brand owners.

While Italian legislation does not define what constitutes a well-known mark, their treatment as marks that‘enjoy a reputation’ means that they enjoy wide protection.

In Denmark, it is recognized that well-known or famous marks require protection which is broader thanmerely direct competition. However, to enjoy extended protection, documentation must be submitted whichconfirms that the relevant consumers have a general and broad knowledge of the mark.

The scope of traditional trademark protection is expanding with the recognition of well-known marks andmarks with a reputation. Despite there being no legal definitions of these concepts, Portuguese doctrine andjurisprudence are working towards solutions which will enable owners of such marks to defend their rights.

Famous and well-known marks are afforded extensive protection in Spain, but while ‘well-known’ and‘reputation’ denote distinct legal concepts, English-speaking practitioners who are familiar with theCommunity trademark system need to be careful they are not misled by the Spanish terms for such marks.

A recent decision has affirmed the principle that famous marks which receive recognition as highlyreputed marks following the BPTO procedure deserve protection in all fields of activity, regardless of thepossibility of confusion.

A decade in European trademarks

WTR looks back at 10 years of CFI trademark rulingsand asks what challenges lie ahead for the newlynamed General Court.

2010: Madrid to expand into Latin America?

After years of fierce debate and politicalprocrastination, several important jurisdictionsin Latin America seem poised to accede to theMadrid Protocol in 2010. WTR investigates theefforts to push through accession, and how brandowners and local agents are adapting theirpractices in preparation.

WTR asked a range of trademark professionals,industry representatives and legal specialists tohighlight the issues that they felt were mostsignificant in 2009 and what they anticipate as themajor developments in 2010, either in their specificjurisdiction or on the international agenda.

Bridging the divide over Google

If the ECJ accepts the advocate general’s recent Googleopinion, its decision will have far-reaching effects onthe advertising industry by aligning the European viewmore closely with that of the US courts. This wouldhave a number of consequences for brand owners.

The road to Asia

With many US motor industry brands being acquiredby Asian companies, challenges remain for both thenew owners and the US industry left behind.

A partial approach to damages

With the global economic slowdown hampering thedevelopment of international markets, over the pastyear the Chinese courts have issued new legalinterpretations in a bid to safeguard domestic growth.However, this has led to courts that are more cautious toaward damages, often siding with local interests.

Breaking down the barriers

The marketing-trademark relationship is critical tobranding success, yet there is a longstandingperception that the two departments are doomed.

Despite announcing that it will again pursue anindependent application for WTO membership,fundamental issues of trademark enforcement and IPprotection in Russia still have not been addressed.

While it may seem logical for Community trademarkowners to expect pan-European remedies whereinfringement is established in one member state, thereality is somewhat different. A recent dispute overexpress shipping could lead to some much neededclarity on this issue.

The dispute over the Danone-Wahaha joint ventureoffers some valuable lessons for companies consideringpartnerships in Asia. Many of the problems that canarise are preventable through careful planning and anunderstanding of local business culture.

Internet protection to be recommended

The adoption of mandatoryrights protection measures inthe new domain name spacewill be recommended to theboard of the InternetCorporation of Assigned Namesand Numbers (ICANN).

Thirteen law firm mergers wererecorded in the United Statesduring the third quarter of2009 and WTR has been toldthat the pace of consolidation isexpected to increase in 2010.

Direct or contributory cybersquatting bydomain name registrars has yet to receivemuch attention. However, if this problemis not addressed, brand owners could findthe goodwill associated with their markshijacked by the very organizations theyrely on to oversee the domain space.

New legislation and internationalagreements are set to fight the threatfrom counterfeiters – yet still more can bedone to harmonize IP laws andenforcement practices.

Brand owners need to choose the courseof action taken over comparativeadvertising in the United States carefully.