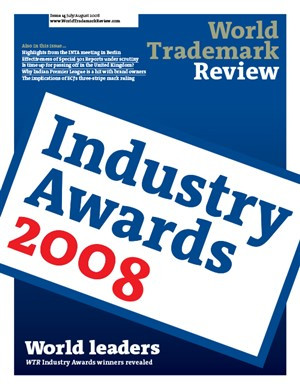 Branding in India spiced up by Indian Premier League

Cricket has something approaching religious status in India and is easily the nation’s most popular sport. The recent creation of the Indian Premier League could open doors for brand owners looking to enter the booming consumer market

Moving on from passing off

The misappropriation of goodwill has traditionally been defended in the United Kingdom through actions for passing off. But as such claims are notoriously hard to prove, many argue that it is time for the country to consider adopting a codified unfair competition law
Jeremy Dickerson

The public interest has often been discussed in relation to trademark protection in the European Union. The ECJ’s recent decision in a case involving adidas and its well-known three-stripe mark sheds some light on the issue
Charlie Winckworth and Imogen Fowler

On May 20 2008 World Trademark Review announced the winners of its second Industry Awards for in-house trademark counsel at a ceremony in Berlin. The awards are designed to recognize the vitally important work done by in-house trademark counsel, and identify the teams and individuals that are performing their functions to the highest possible standards. The following pages feature profiles of the winners

The International Trademark Association’s (INTA) annual meeting is still the most important event in the trademark community’s calendar. Taking the famous wall of its host city as inspiration, the theme for the 130th annual meeting in Berlin this year was ‘breaking down barriers’, with a focus on crossborder and cross-discipline issues. In this section, World Trademark Review looks at some of the highlights of the conference

The case for the Special 301 Reports

The US government has published Special 301 Reports every spring for nearly 20 years. While their publication invariably attracts both attention and outcry from the countries featured in them, the effectiveness of the reports has also been called into question
Mark Young

Branding in India spiced up by Indian Premier League

Cricket has something approaching religious status in India and is easily the nation’s most popular sport. The recent creation of the Indian Premier League could open doors for brand owners looking to enter the booming consumer market
Mustafa Safiyuddin and Shailendra Bhandare

The view onlineHow UDRP panels address the use of privacy services

Domain registrants often use privacy services legitimately to protect their privacy and/or deceptively to shield their identity from mark owners whose rights they infringe. Use of privacy services is affecting domain name dispute decisions and leading to debates about who is the proper respondent to a complaint
William J Morris

Brands from the frontlineDuPont model may offer business solutions

The structure and organization of DuPont pose IP protection and enforcement challenges. The recent creation of a brand protection centre is helping the business to meet these challenges and may provide inspiration for other brand owners
Melanye K Johnson

An assessment as to vulnerability of a mark to fraud or to non-use cancellation should be part of every rights holder’s trademark audit. One of the most effective remedies when such marks are found is re-registration
Karin Segall

Counterfeiting perspectivesInfrastructure – and budget – are the keys to combating counterfeiting

It is tempting for brand owners not to take action against counterfeiters if they are unlikely to win damages. However, a little money spent now on brand protection will translate into substantial savings in the long term and help sustain what should always remain at the forefront of any brand owner’s mind – that is, brand equity
Fadi Jurdi

Trade dress can be registered in China as trademarks or design patents. It is more commonly protected under the Anti-unfair Competition Law. However, enforcing rights under that statute may prove to be a higher hurdle to negotiate than enforcing registered rights as it requires evidence that the trade dress is unique and applies to a famous commodity
Yexuan Yang

As in most jurisdictions, the appearance of a product may be protected in Germany under various IP laws and unfair competition law. The courts, in particular the Supreme Court, have developed extensive case law in relation to trade dress protection
Hanna Karin Budde and Kay-Uwe Jonas

While trade dress is not recognized as such by Italian law, the appearance of a product may be protected under trademark law, model and design law, copyright law and unfair competition law
Donatella Prandin and Daniele Caneva

European Union
Protection for designs and trade dress in the European Union is possible through various means. This article looks at the key systems available and highlights the benefits of each
Vanessa Marsland

@WTRmagazine RT @IAM_magazine: The UK will NOT participate in the UPC system, according to this note sent to BIO members today. The UPC role envisaged f… Read more