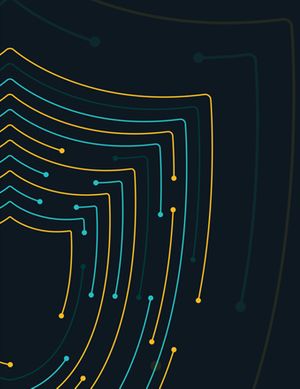 Welcome to the 13th edition of the World Trademark Review Yearbook.

At a time when brands are increasingly going global, and multijurisdictional coverage is required, quick and easy access to the latest registration and protection guidance is essential. The publication, which is firmly established as an essential guide to trademark law, provides legal professionals worldwide with a simple, easy-to-use digest of the structure of trademark regulation in key jurisdictions across the globe. It therefore allows practitioners to gain comparative insights into the pertinent issues in different countries, helping to inform their decision making at both national and international level.

In this latest edition we present in-depth analysis of trademark law in 19 key jurisdictions, as well as an exploration of the space between trademark law and copyright, and a comparison of trademark opposition proceedings in Germany, the European Union and the United States. We also present recent development on – and practice tips for the use of – the Madrid Protocol, as well as an assessment of the economic value of designs. Elsewhere, INTA expands on its responsibilities beyond intellectual property and the ‘where, why and how’ of franchising is answered.

Although the yearbook does not seek to provide specific legal advice and should not be read as such, it does provide a detailed comparison of some of the most important aspects of trademark law around the world. Only those firms and organisations with an unparalleled track record in the field of trademark law were invited to contribute to the yearbook, and I would like to thank all of them for their effort and continued commitment to this important project.

The WTR Yearbook has again been published in partnership with INTA, who I would like to thank for its continued assistance and support of the publication.

Our responsibilities beyond intellectual property

INTA
A resounding call from INTA to our key constituents – our members around the world – has centred on the idea that the role of the trademark practitioner is evolving.
Etienne Sanz de Acedo

Franchising and trademarks: where, why and how?

Donahue Fitzgerald LLP
For many trademark practitioners, franchise laws are an inconvenience. The knee-jerk advice to clients is to avoid franchising.
Dawn Newton

Fross Zelnick Lehrman & Zissu PC
The Madrid System, which is administered by the WIPO, is a cost-effective option for trademark owners who want to obtain trademark rights in many important commercial jurisdictions quickly and efficiently by securing an international registration in accordance with the provisions of the Madrid Protocol (which all Madrid members have now joined) and the provisions of the Madrid Agreement.
Nadine H Jacobson

The economic value of designs

Lubberger Lehment
When two products are equal in price, function and quality, the better-looking product will outsell the other.
Rani Mallick and Eva Maierski

Weickmann & Weickmann PartmbB
In the context of protecting trademark rights, an opposition is an underestimated tool to stop infringing activities from the beginning – even before infringing products and services appear on the market.
Udo W Herberth , Marcus Danisch and Eun Kyong Baek

Protection of titles under copyright law and trademark law

Turnstone
No separate trademark laws exist in the Netherlands, Belgium and Luxemburg. Benelux trademark law is governed by the Benelux Convention on Intellectual Property, the current version of which entered into force on 1 March 2019.
Merel Kamp , Michiel Haegens and Peter van der Wees

Bhering Advogados
As a general rule, the Industrial Property Law states that ownership of a mark is acquired through a granted registration, following which the rights holder has the right to exclusive use of the trademark throughout the national territory.
Philippe Bhering

PROMARK
French trademarks are governed mainly by Law 1991-7, which implements the EU First Trademarks Directive (89/104/EEC) and is codified in the IP Code.
Alain Berthet and Bénédicte Devevey

Nishimura & Asahi
The Trademark Act and its related regulations govern the registration and protection of trademarks in Japan.
Hitomi Iwase , Chisako Yagi and Ryohei Saito

Popović, Popović & Partners
A trademark right is acquired by registration. Unregistered marks are not regulated by the Law on Trademarks, except for well-known and famous trademarks.
Lidija Djeric and Gordana M Popovic

Meisser & Partners AG
The basic principles for trademark protection in Switzerland are contained in the Federal Act on the Protection of Trademarks and Indications of Source and the Trademark Protection Ordinance.
Marco Bundi and Benedikt Schmidt

Lewis Roca Rothgerber Christie LLP
Trademarks are governed by federal and state law. The Lanham Act is a federal statute that governs the registration and enforcement of trademarks used in interstate commerce, or foreign commerce that has a substantial effect on US commerce.
Michael McCue , Clara Low and Rachel Nicholas