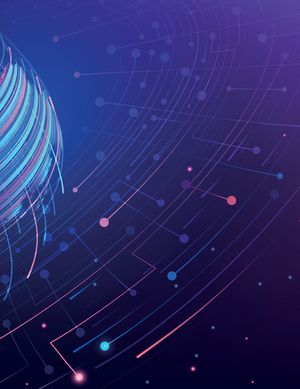 A simple, easy-to-use digest of trademark regulation in key jurisdictions across the globe.

International Trademark Association
Corporate social responsibility has become a strategic priority for most major brands and is viewed almost universally as a key pillar of success in the business world.
David Lossignol

CompuMark
Managing a global trademark portfolio can be a daunting task, even for an experienced trademark practitioner.
Robert Reading

Zacco
The principle of legal certainty is complex, but it is acutely felt if it is not implemented and has taken root in the administration and examination of government bodies.
Louise Thorning Ahle

Bhering Advogados
As a general rule, the Industrial Property Law states that ownership of a mark is acquired through a granted registration.
Philippe Bhering and Augusto Bittencourt Vieira

China Patent Agent (HK) Ltd
Natural persons, legal persons or other organisations that require exclusive rights to trademarks for their goods or services during production and business activities can apply for and own a mark.
Longzhi Yin , Rachel L Zhang and Shanshan Du

Romero Pineda & Asociados
Rights in unregistered marks arise only where the relevant mark is sufficiently well known and this can be proved.
José Roberto Romero

Dr Helen G Papaconstantinou and Partners Law Firm
Unregistered signs can constitute relative grounds for refusal and are protected under Articles 13 to 15 of the Law on Unfair Competition.
Fotini Kardiopoulis , Miranda Theodoridou and Dimitra Nassimpian

Anand and Anand
In India, trademarks are protected through a combination of both specific statutes (eg, the Trademarks Act 1999) and ancillary legislation.
Safir Anand , Madhu Rewari and Revanta Mathur

Pearl Cohen Zedek Latzer Baratz
According to Israeli law, there is no specific use requirement for establishing the mentioned rights. Each case is judged on its own merits.
Dor Cohen Zedek and Anat Mandel

Nishimura & Asahi
The Trademark Act and its related regulations govern the registration and protection of trademarks in Japan.
Hitomi Iwase , Chisako Yagi and Ryohei Saito

Henry Goh & Co Sdn Bhd
Trademarks in Malaysia are governed by the new Trademarks Act 2019 and the Trademarks Regulations 2019, which came into effect on 27 December 2019.
Eng Leong Lim

Baptista Monteverde & Associados
In general terms, trademark rights are only acquired through registration. Unregistered marks cannot award exclusive rights but can eventually be enforced on the grounds of unfair competition.
Filipe Baptista

Nestor Nestor Diculescu Kingston Petersen
The Romanian trademark system is based on the first-to-file principle and registration is possible without the need to show genuine use.
Alina Tace

Popović Popović & Partners
All natural or legal persons involved in trade can apply for and own a mark. It is not necessary to prove such activity.
Lidija B Djeric and Gordana M Popovic

Grau & Angulo
Distinctive signs are principally governed by the Trademark Act (17/2001), which has been partially modified by Royal Decree-Law 23/2018 in order to incorporate EU Directive 2015/2436, and it is complemented by Royal Decree 687/2002.
Sonia Santos and Jesús Arribas

OFO Ventura
The processing time from initial filing to registration of national applications is approximately six to eight months in case of no office actions or oppositions.
Yasemin Aktas and Özlem Futman

Apio, Byabazaire, Musanase and Company Advocates
Uganda does not allow owners of unregistered trademarks to institute proceedings for the prevention or recovery of damages.
Jamina Apio and Enoch Kakuru

Penningtons Manches Cooper LLP
The United Kingdom left the European Union on 31 January 2020, triggering a transition period until (at least) 31 December 2020. During this period, the United Kingdom will continue to follow EU rules and regulations
Gavin Stenton , Holly Strube and Daniel Berry

Lewis Roca Rothgerber Christie LLP
Trademarks that are used in interstate commerce, or foreign commerce that affects commerce in the United States, are eligible for federal and state registration. However, these requirements have been construed very broadly.
Michael McCue and Flavia Campbell