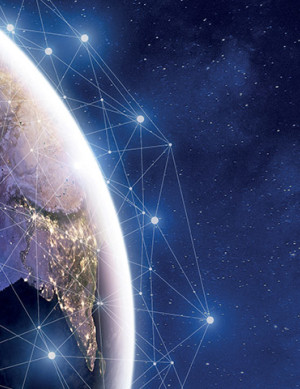 A simple, easy-to-use digest of trademark regulation in key jurisdictions across the globe.

International Trademark Association
INTA’s advocacy and engagement activities have continued to accelerate in response to the growing effect of the globalisation of trade, the emergence of the Internet and advances in communication technology.

The future of trademarks

CompuMark
Perhaps unsurprisingly, there are numerous challenges that all brands face when it comes to managing such an extensive portfolio of assets – but that is not to say that it cannot be done.

Pointer Brand Protection & Research
The counterfeit industry is one of a kind: it makes a fortune out of fake goods, while free-riding on the reputation of well-known brands.

Trademark registration of works of art in public domain – reasonable grounds for rejection?

Zacco
It is important for economic well-being that economic operators have the freedom to operate with as few restrictions as possible, including the freedom to choose an identifier or trademark for their business.

A year in review: key trademark decisions from the federal courts in 2017

Davis Wright Tremaine LLP
Decisions handed down in 2017 scored victories for the First Amendment over trademark rights in two monumental decisions, one by the Supreme Court and the other out of the Ninth Circuit, which may end up in the Supreme Court as early as 2019.

Dellafiori Abogados
All Latin American countries have a first-to-file system, so early filing is essential in order to keep pirates and free riders as far out of the picture as possible.

Signify
The Benelux Convention does not provide for protection of unregistered trademarks, the only exception being the protection of well-known marks as prescribed by the Paris Convention.

Allen & Overy, A Pędzich Spk
Unregistered marks benefit from the same protection as registered ones if they are commonly known within Poland.

Brann AB
Any natural person or legal entity can apply for a mark and representatives do not require a power of attorney before filing. Anything that can be graphically represented is eligible for trademark protection.

Bhering
As a general rule, the Industrial Property Law states that ownership of a mark is acquired through a granted registration, following which the rights holder has the right to exclusive use of the trademark throughout the national territory.

Nishimura & Asahi
The Examination Guidelines for Trademarks also play an important role in the examination of trademark applications at the Japan Patent Office (JPO). The most recent revisions to the examination guidelines took place in April 2017, which include clarifying the criteria for judging the similarities between trademarks.

Anand and Anand
The Indian courts have taken the lead in issuing landmark decisions on several issues, including recognition of trans-border reputation and goodwill, trademark violations in respect of unrelated goods, online counterfeiting and protection of celebrity rights.

Dr Helen G Papaconstantinou and Partners Law Firm
In order to obtain protection, an unregistered sign must have distinctive character and must have been used in commerce. No specific statutory conditions outline the extent and type of use that will satisfy these criteria.

COHAUSZ & FLORACK
Commercial designations are protected against newer identical or confusingly similar trade designations and trademarks once they are first used in Germany, but details of this protection can be complex.

PROMARK
Any natural person or legal entity can apply for a French trademark before the French Institut National de la Propriété Industrielle (INPI). The application can be filed by the owner itself or its representative.

Romero Pineda & Asociados
Any natural or legal person can apply for and acquire the right to own a mark in El Salvador. No conditions of nationality, domicile or establishment apply.

China Patent Agent (HK) Ltd
Any interested party has the right to file an opposition against a trademark application during the three-month publication period. If the prior right does not concern an applied-for or registered trademark, the preliminary proof of the right must be filed.

Villaseca | Abogados
The Chilean Institute of Industrial Property (INAPI) may reject an application on the basis of an unregistered prior mark, provided that the existence of the unregistered trademark is publicly known to the extent that its renown does not require evidence.

Moffat & Co Patent & Trademark Agents
Unregistered trademarks do not have statutory protection in Canada. The owner of an unregistered mark may enforce its rights, but this necessitates the establishment of a reputation through extensive use of the mark in Canada.

Gorodissky & Partners
The Trademark Act does not protect unregistered trademarks as such. However, in certain cases, the owner of an unregistered mark that is used in Ukraine can protect its rights on the grounds of unfair competition laws.

Meisser & Partners AG
Any natural or legal person can apply for trademark registration in Switzerland (restrictions apply to geographical marks). Foreign applicants must indicate a service address for use in Switzerland.

Grau & Angulo
At an international level, the Trademark Act has adapted Spanish law to the general legal framework established within the international community.

Popović Popović & Partners
Foreign undertakings not based in Serbia must be represented by a local attorney or registered IP agent. Power of attorney can be filed belatedly and need not be notarised or legalised.

Keltie LLP
In the United Kingdom, any legal or natural person can apply for registered trademark protection, provided they declare that the mark is being used by them, or with their consent, or there is a genuine intention to use the mark for the goods and services specified.

Lewis Roca Rothgerber Christie LLP
Trademark enforcement in the United States can be expensive and time consuming. As a result, trademark owners often enforce their trademark rights through informal means, such as cease and desist letters and negotiated settlements.